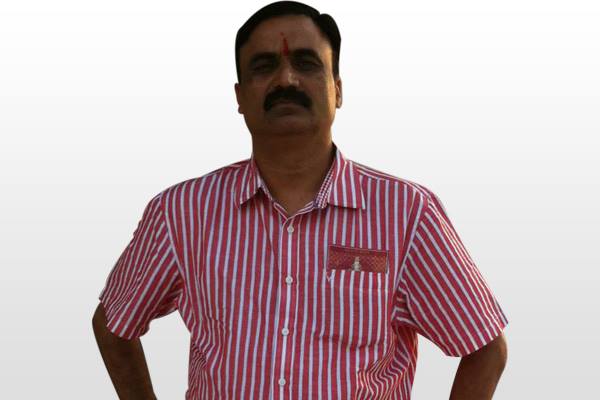 PRAVIN Mundhada, the Assistant Commissioner of Food and Drugs Administration (FDA) who has been arrested for accepting a bribe, has a partnership in two medical firms. Remember, it is ABI (Akela Bureau of Investigation) that first exposed the corruption of Pravin Mundhada, publishing three articles.

On September 14, 2016, the Anti-Corruption Bureau (ACB) arrested Pravin Mundhada for allegedly demanding and accepting a bribe of Rs 40,000 from a pharmacist. In 2014, FDA’s inspector found at a medical store that the registered pharmacist was not present. The inspector submitted a report calling this a violation under the Drugs and Cosmetics Act, 1940. A show-cause notice was issued asking why the licence should not be cancelled and why judicial proceedings should not be initiated. Mundhada was demanding Rs 40,000 to settle the dispute and close the file.

Insiders reveal shocking new details to ABI (ABI has no documentary evidence) that Mundhada has partnership in two medical firms. One is Safelife Pharma in Mulund (west), a medical distributor firm. There are lots of complaints against Safelife but no action has been taken by FDA as Mundhada is a partner. Second firm’s name has not been revealed by the sources.

ABI’s exposures
ABI has exposed several corruption cases and takes a strong stand against corruption. FDA and Mundhada were among them.

First article
On November 7, 2014, ABI (abinet.org) published first article under the headline “FDA awards corrupt drug inspector with promotion”. According to documents (available with ABI), there were two departmental inquiries pending against Mundhada and he was suspended, only to be later awarded a “promotion.” Mundhada had unnecessarily initiated inquiry against Baba Ramdev’s product Divya Yaunamrit Vati. Mundhada was allegedly harassing Patanjali agency holder to fix certain amount as hafta. On October 15, 2010, the FDA administration initiated an inquiry against Mundhada. The FDA remarked, in writing, that Mundhada had not maintained integrity in performing his duty and also misused his official post and committed corruption. On May 23, 2014, H. R. Suryavanshi, deputy secretary, Maharashtra government, initiated a second inquiry (copy available with ABI) against Mundhada with a written remark that Mundhada is unaware of his official duties and responsibilities. Mahesh Zagade, the then commissioner, FDA, had suspended Mundhada after a surprise check revealed that two chemist shops in his (Mundhada’s) zone were functioning without a qualified pharmacist. However, in a surprising turn of events Mundhada was “promoted” as in-charge assistant commissioner, without taking into any consideration his past suspensions and offences.

Third article
On December 13, 2014, ABI had published third article under the headline “ABI IMPACT: FDA ‘demotes’ corrupt assistant commissioner Pravin Mundhada”. The FDA had ‘demoted’ Pravin Mundhada after ABI published two articles exposing the corrupt practices in FDA. Mundhada has also been restricted from field work, and has been ‘awarded’ a desk job only.

After the news was published in ABI, Mundhada approached several politicians, FDA and police officials to “manage” and restrict publishing of news on ABI but failed.