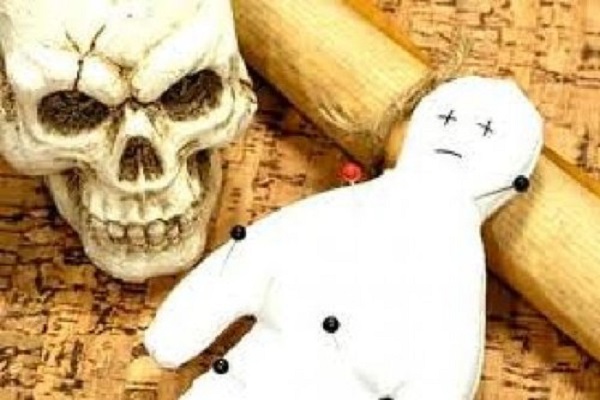 OFFICERS of the Kasturba Marg police station in Borivali (East) recently arrested a tantrik-cum-marriage-bureau-owner Mahesh Jani on charges of raping a woman employee, and it has now come to light that the accused would make use of owl heart and chloroform to perform sexual acts on women.

On July 13, ABI (abinet.org) was the first to report Jani’s deeds under the headline ‘Marriage bureau owner arrested for raping his telephone operator’.

After Jani’s arrest the police searched his office and seized condoms, Viagra pills, bras and a girl’s nude photographs. During interrogation and investigation the police also seized owl’s hair and chloroform from his office. This self-proclaimed tantrik is a resident of 202, O-1 wing, Gokul Garden, Thakur Complex, Kandivali (East). The 45-year-old runs a marriage bureau by the name “Sasariyu Lagna Kendra” from Shop-2, Snehal Apartment, Carter Road No-5, Borivali (East). Earlier Jani was residing in Dombivali, Thane, and running “Shraddha” marriage bureau.

The first complainant, Hetal (name changed to protect identity), was a telephone operator with Rs 3,500 salary in Sasariyu Lagna Kendra. To remove “Kali Mail” from her body, Jani is said to have started raping her. In July 2013 Hetal got married but Jani continued raping her, and even blackmailed her saying he would show her photos and video to her husband. Hetal left the job in February but Jani continued to threaten her and forced her to have sex.

According to Hetal, once Jani visited Gujarat and brought back a live owl to Mumbai. He killed the owl in office and kept its heart and hair in the freezer. He also used chloroform to rape the women.

Jani’s modus operandi included appointing only women in his office. On the pretext of heavy workload he forced women to stay till late in the evening. Hetal, the first complainant, revealed the identity of the woman whose nude photographs were recovered from Jani’s office. The police then recorded the statement of the woman and registered another rape case against Jani on Friday.