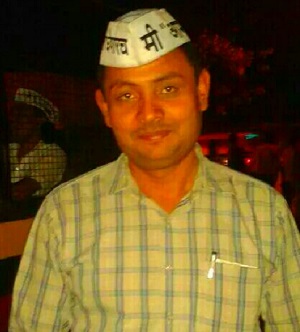 ABI IMPACT: Acting on ABI’s report on July 24 on Senior Inspector Suresh Magdum of the Byculla police station threatening to slap false charges of attempt to rape and molestation on a parking racket whistleblower, Jamal Ahmed Khan, the police have finally registered an FIR against some people who had attacked Khan.

On July 24, ABI (Akela Bureau of Investigation) ran a report headlined ‘Senior Inspector threatens to slap false attempt to rape and molestation charges against whistleblower’. A day later, on July 25, the Byculla police station registered the FIR (copy available with ABI) under Sections 324, 504, 506 and 34 of the IPC against Feroz Vakil Ahmed (32), Abrar Abdul Rahim Khan (32) and two others.

ABI had reported that Senior Inspector Magdum had threatened to frame Jamal Ahmed Khan in attempt to rape and molestation cases if he dared to lodge an FIR against Feroz Vakil Ahmed and Abrar Abdul Rahim Khan.

The 42-years-old Jamal, a resident of Ashiyana Transit Camp, Nariyalwadi, Mazgaon, is an importer of lamination sheets from China. In December 2014, Jamal complained against Feroz Vakil Ahmed and Abrar Abdul Rahim Khan about their extorting money from people for illegal parking. He said they also extorted money from drivers of ambulances that ferry bodies for final rites. Sources said the extortionists earn more than Rs 70,000 per month from this ‘business’ and give huge cuts to the Byculla police station as well as ward officials of the BMC.

Jamal is also responsible for getting a BMC official arrested for demanding a bribe of Rs 25,000 to take action in the matter.

When Jamal complained about the goings-on, he started getting threats. The accused told him to withdraw the complaints and keep mum. Jamal registered four non-cognizable (NC) complaints, on March 25, June 12, June 17, and June 27, 2015. Copies of the NC complaints are available with ABI (abinet.org).

On June 27, around 9am the accused gave him a “last warning”. Later that day, around 8.30pm, Abrar, Feroz and two persons attacked Jamal with a pipe and iron rods. A badly injured Jamal went to the Byculla police station, but Suresh Magdum threatened to slap attempt to rape and molestation cases against him if he dared to lodge an FIR against Feroz and Abrar.

“I am thankful to ABI, which gave justice to me. After ABI report, the Byculla police have woken up and registered an FIR against accused,” Jamal said.

Very good news for all

Time to bring the SPI to the ground…