Home Others Recovery of floating drums off Kashid beach 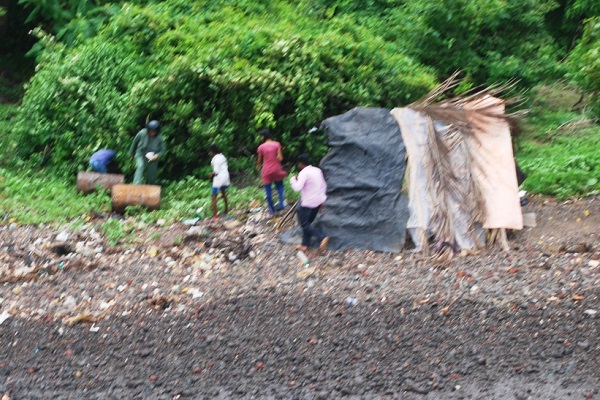 THE floating drums were sighted by the Indian Coast Guard helicopter during routine surveillance sortie on 01 August 2015 about 50 Kms South West from Mumbai were recovered in a joint effort by Indian Coast Guard and Local Police authorities of Revadanda. There were a total of 12 drum, each containing 200 Liters of hydrocarbon.

The Coast Guard Ship Achook on coastal security patrol off Mumbai was diverted to ascertain situation at sea. In the interim, Coast Guard alerted Joint Operations Centre, Coastal Security (Mumbai), IGP Konkan Range, IGP Coastal Security Maharashtra and Customs for investigation. The Coast Guard team led by the Commanding Officer ICGS Murud Janjira along with Local Police personnel of Revadanda reached the site and recovered nine drums along the shores of Barshivi, Kurali and Revadanda. The contents of the drums were investigated and the Police authorities confirmed that it contain Naphtha, a flammable liquid hydrocarbon.

The Coast Guard helicopter was once again launched in the morning of 02 August towards coastal reconnaissance as well as to detect any other floating drums. It was reported that some more drums found floating close to the coast of Shrivardhan. The local Police of Shrivardhan and Coast Guard team from ICGS Murud Janjira swung into action to recover seven more drums. Prima facie, these iron drums are very old and mostly corroded. Investigations are in progress by ICG and Police to ascertain the origin of these drums. The ICG has also issued warning to the mariners for safe navigation. The swift action by the coastal security stakeholders to recover 19 drums proves their unstinted efforts to keep our shores vigil and secure.