‘ACHCHHE Din Ayenge’ was the slogan adopted by the Bharatiya Janata Party (BJP) during the 2014 general election. The party campaign focused on projecting Narendra Modi as the superman who would deliver good days to the people. The very first thing that Narendra Modi said in his victory speech in Vadodara in Gujarat was: “Achchhe din… Aa gaye.” His claim has been proved right, at least in the case of Mumbai based notorious builder Subhash Runwal, officers of the Parksite police station in Vikhroli (West), Shiv Sena MLA Ashok Patil, minister Prakash Mehta and Chief Minister Devendra Fadnavis, if not for everybody else.

One of the notorious builders in Mumbai is Subhash Runwal. He is trying to develop the Indian Smelting & Refining Company Ltd colony in Kanjurmarg (West), which was earlier owned by the Birla group. Runwal purchased the company a few years ago and wants to oust the families living in the colony. There are 77 families residing in the colony.

Runwal is adopting all possible ways to empty the colony of its residents. It is learnt that Runwal has appointed goondas for the purpose, namely, Amit Bhogale, Krishna Lad, Rajesh Pujari and Bhau Korgaonkar. These goondas, one of whom belongs to the Chhota Rajan gang, started torturing the residents and molesting the women among them.

Ashok Patil was the first person to oppose this project. Patil threatened to develop a crematorium on the land in protest. He held a morcha and dharna against the development. A little later he suddenly went silent. Would you like to know why? Read on. 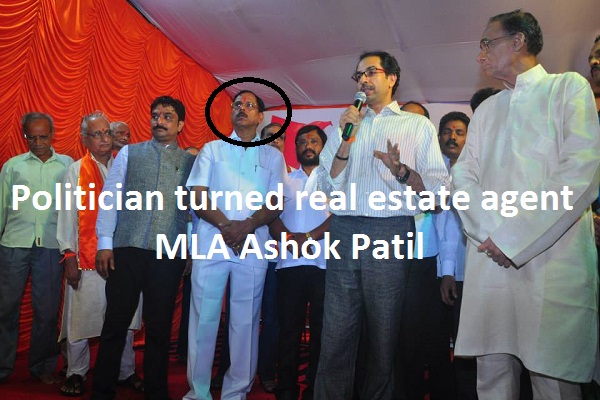 Runwal builder’s goondagardi and torturing was increasing day by day. On June 5, 2015, members of all 77 families decided to take a morcha to Prakash Mehta’s home as he is labour minister in the Maharashtra government. As Mehta heard of the plan, he himself contacted the families, sympathised with them and rushed to the colony. He listened to all things carefully. He even got angry with Parksite police officers and Krishna Lad one of the directors of Runwal builders. On third day Mehta’s tone change drastically. He started taking the side of Runwal builders. Sources said to ABI that there was something of an old deal between Runwal and Mehta. Runwal was not fulfilling either his promise or Mehta’s demands. To put pressure on Runwal, Mehta showed fake sympathy towards victims. Runwal got scared on seeing Mehta on the residents’ side.  He fulfilled Mehta’s demands. Immediately Mehta forgot the 77 families’ problems.

Sources from the Parksite police station claim that last week Subhash Runwal met Chief Minister Devendra Fadnavis and sought his help in the matter. Fadnavis asked a top Mumbai police official to help the builder. Why did Chief Minister Fadnavis help a builder? Any guesses? For achchhe din and Sabka Saath, Sabka Vikas? Sources also revealed that Fadnavis would be removed after the Bihar election results as Delhi is not happy with his style of working.

Senior inspector Rajendra Kulkarni himself beat up a minor girl and a woman who got fracture on shoulder and had to be hospitalized.

Runwal’s goondas and other policemen thrashed women and senior citizens. They tore their cloths. The entire scene was as if it were Uttar Pradesh or Bihar. As if all this were not enough, the police registered an FIR against the injured colony residents and arrested them. Shameless police arrested 21 persons including 2 minor girls (student of class X and VIII) and 8 women.

Can Devendra Fadnavis, Ahmed Javed, Deven Bharati, Manoj Lohiya or Rathod ask just one question to the Parksite police station: How did all this happen?

The Parksite police officers are helping Runwal builder in all illegal activities. It is most unfortunate that the Parksite police have officials like extortionist Chandrakat Puri, molesters Prakash Chaugule and Imtiyaz Shaikh and builder’s agent Rajendra Kulkarni.

Only Akeyla dare to raise voice against such type of crimes . In Mumbai Jangal raj kayam.
Great Akeyla.

We are paying the price for voting & expecting unrealistic ” acche din”

Why only Runwal Builders or BJP government in particular ? Infact most of the top builders in Mumbai have a connected nexus with politician-police-mafiaraj. They all are hand in gloves. I myself am facing problem from a renowned builder sibce last couple of years, who openly challenges us to go to any court / police or any authorities and he doesnt care as they all are in his pockets. This total system is so corrupt that you may elect any party to power and still things will never change bcoz only money talks here …. no ethics, values or principles… Read more »

U mean in past not a single minister, mla, mp or comparator from Sharad Pawar to Ashok Chavan and small small NCP, CONGRESS leaders never extorted money from industry and were non corrupt ?

This is nothing new. We have written numerous letters to the cm of all the nonsense happening in Vikhroli East , of prostitution rackets of teenagers aged 12 to 14 , illegal desi liquor being sold etc but nothing has been done. All are corrupt beginning with the dcp who is never ready to hear a word abt his officers even if they are wrong. Last year a chain snatching case was closed due to political pressure on the police from the shiv sena and dcp did not help at all even when his officers were wrong , they still… Read more »

Keep UR “achche din” in ur ASS BJP

This is not expected of the Modi govt..all should be punished ..but where is the law..in the pockets of these politicians who are in hands with builder lobby..coz in 5years they want to financially stabilise their 10 coming generations which is not possible by honesty & hard work..curses & bad wishes & going to hell don’t matter these to hard core & hard skinned goons turned politicians & law evaders..coz who knows what’s hell so atleast enjoy earth first..SHAME ON POWER, POLITICS & NAMO GOVT & specially to their ACCHE DIN..