Home Others Anna Hazare to launch padyatra from Wardha to Delhi against Land Acquisition... 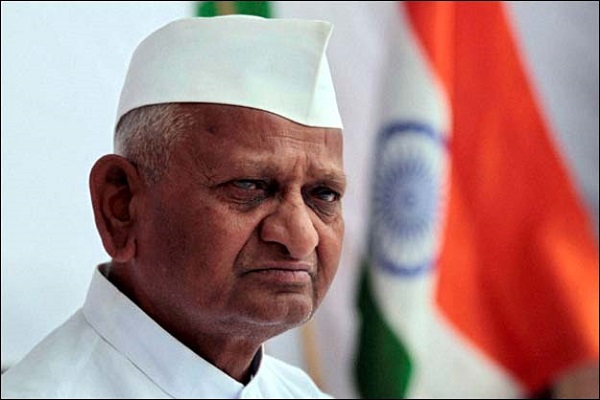 VETERAN social activist Anna Hazare to launch 1100-km Padyatra from Wardha to Delhi against Land Acquisition Bill from March 25. Hazare has announced that he would set off on his ‘pad-yatra’ (foot-march) to put pressure on the Central government against ‘anti-farmer’ provisions in the Land Acquisition Act.

According to media reports, Maharashtra based Anti-corruption crusader Hazare on Monday held discussions with his associates over Padyatra. Before that he would visit Bhagat Singh’s village in Punjab and pay homage to him on March 23 and will conclude on April 27.

Hazare had last month staged a two-day protest at Jantar Mantar in Delhi during the budget session of Parliament, under the banner of Bhrashtachar Virodhi Jan Andolan Nyas. Several farmers’ groups had supported the stir.

Hazare will also appeal to the farmers across the country to court arrest at the local level. No political persons will be allowed on stage.