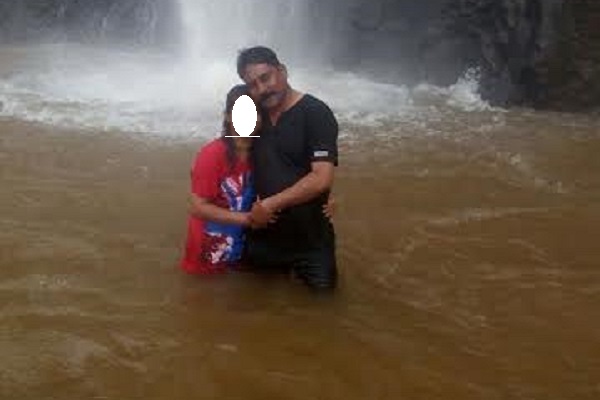 AN Assistant Sub-Inspector (ASI) is under the scanner for the theft of Rs 18.5 lakh from the safe of the Kurar police station in Malad to spend on his second wife and the high life. As luck would have it, now the ASI also finds himself accused by the woman of mental and physical torture as well as rape.

On July 9, 2016, 32-year-old Jassi (name changed to protect identity) complained to several authorities against ASI Ramzan Nazir Tadvi, demanding strict action and pressing of rape charges. Jassi is a resident of Diva (East) in Thane district. A 12th standard pass, Jassi is a full-time police informer. She is an all-rounder, having provided all type of information to the men in khaki, from drugs, fake currency and hawala rackets to fake CDs, dance bars and VIP prostitutes.

According to the latest complaint, Jassi and Ramzan Tadvi met at the Borivli police station in 2012. Jassi was often visiting Medsingh’s home and Medsingh himself and his wife were complaining on woman helpline No. 103. At that time, Tadvi used to take Jassi to the Borivli police station. During the journey, Tadvi asked Jassi about the violence and assault by Medsingh. Tadvi showed sympathy and kindness and subsequently he helped her get out of depression.

A few police officers also supported Tadvi’s claim as he was good at heart. His wife was separated from him. Tadvi called Jassi at his Jogeshwari residence and made her live with his two children. He also took her to his home in Bhusawal, Yawal, Chincholi and Chinchada, and introduced her as his wife. However, Tadvi postponed the date of marriage as otherwise the case of Jassi and Medsingh would get spoiled and Jassi would not be entitled to maintenance. After a long conversation last year, Jassi and Tadvi started living together like husband and wife at her Diva home.

Tadvi was spending lots of money on Jassi and had a lavish lifestyle. He took Jassi to Goa on their honeymoon. He also took her to Kolkata and Surat and stayed there for seven to nine days. He prohibited her from stepping out for a job. Tadvi also installed CCTV cameras at her residence for safety purposes.

When Jassi asked him from where he was getting so much money, Tadvi replied that he had found ‘Aladin Ka Chirag’. “Jab bhi main us se poochhti ki itna paisa uske paas kaha se aaya, woh bolta use Aladin ka Chirag mila hai,” said Jassi.

In April 2016, Tadvi’s wife appeared and started co-habiting with them. Tadvi stopped living with Jassi and avoided visiting her Diva residence. Several times Jassi visited Tadvi’s Jogeshwari residence, but his wife Nazma, sons Shubham and Chhotu abused, threatened, physically assaulted and drove her out. In this series of dramatic incidents, Tadvi and Jassi attempted to commit suicide twice. The Borivli and Mumbra police recorded the statement of Jassi.

“Tadvi has exploited me both physically and mentally and made my life miserable, just like Medsingh. I have complained against him and his family,” said Jassi.

Then, an audit was carried out in March this year and it was confirmed that Rs 18.5 lakh was missing from the safe of the police station. As Tadvi was the safe in-charge, he was questioned. After a long interrogation, he accepted that he had pocketed the money for his own use.

Despite repeated attempts Tadvi was not available for comments as his mobile phone was continuously switched off. “The matter is under investigation,” said Nimbada Vhanmane, senior inspector, Borivli police station.