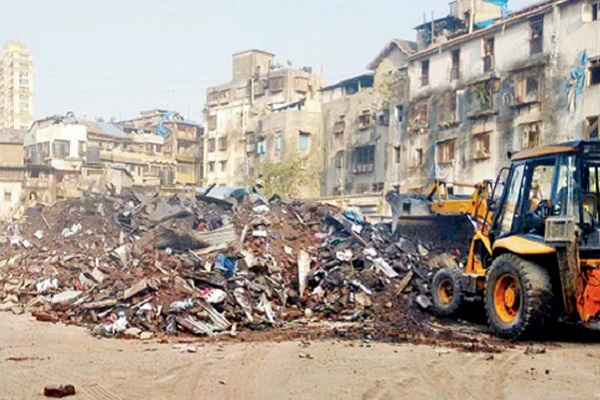 THE city was deeply grieved when two officers from the Fire Brigade were killed under debris as a portion of a building, Gokul Bhavan where they were dousing a big fire collapsed, in densely crowded Kalbadevi area of South Mumbai. Ironically, around 14,000 buildings, which house around 15 lakh people, have been marked as dilapidated only in South Mumbai, known as the city’s business hub.

All of these 14,000 buildings, constructed prior to 1940 in the lanes of by lanes of South Mumbai, need urgent redevelopment. However, the state government’s apathy as well as the residents’ unwillingness to shift outside has together put lives of 15 lakh residents at risk.

Rohan Parab, a resident of a transit camp in Pratiksha Nagar in Sion, represents third generation of his family living in the transit camp. “The government took our land, showed us carrot of building new house but it is still a distant dream. Not a single brick has been laid there even after so many years,” Parab, a commerce student, said.

Residents of dilapidated buildings said that the government did nothing for their safety. “We are demanding better living conditions since last two decades. The government is not interested in giving us alternate accommodation nearby. Instead of that, it wants to dump us in transit camps in distant suburbs. No one knows how many years we will have to spend in the transit camps,” said a resident Mangal Dave.

Mumbai City Guardian Minister Subhash Desai admitted that the condition of the dilapidated buildings was worrisome. “According to procedure, consent from at least 70 percent residents in a dilapidated building is necessary to undertake the redevelopment work. In most of the cases, the residents fail to come together over several issues such as area of their new house and a developer of their choice. Our party Shiv Sena has taken lead to bring all the residents together. I hope our efforts will bear fruits,” Desai said.