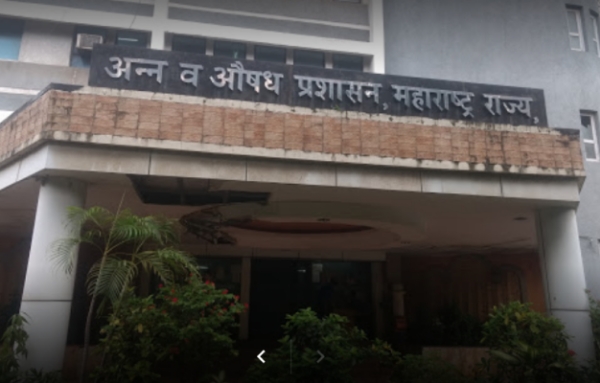 IF you have Rs 20,00,000 in cash and a Godfather in Mantralaya you can continue your job in Food and Drug Administration (FDA), Maharashtra even if your experience certificate is a fake. A Right to Information (RTI) reply revealed that nine drug inspector’s (DI) submitted fake experience certificates while three drug inspectors didn’t have minimum required experience. Fearing action, three of them resigned and one was terminated. but eight are brazenly still continuing to work with the department.

As per verification report (copy with ABI) one of the DI’s name was mentioned twice so committee investigated about 33 candidates. Six drug inspector’s (Satish Polshettiwar, Manish Gotmare, Sachin Kamble, Vijay Nangre, Rohit Rathod and Sujit Phadke) certificates were not examined as they have submitted experience certificate from foreign based companies.

As per inquiry case report:

1- Nitin Aher is currently posted in FDA headquarter, BKC, Mumbai has submitted experience certificate of Cipla, Mumbai (May 28, 2001- January 17, 2008). But Cipla has not issued any such certificate to him. Ex-Congress minister from Ahmednagar is his godfather. Despite being proved that he used a fake certificate he still works with FDA.

4- Jeevan Jadhav is currently posted in Nashik and has submitted four company’s experience certificate including of M/S Cipla Ltd, Goa (May 25, 2005- October 10, 2007). But Cipla’s certificate found fake. Committee recommended action against him on government level.

5- Rakesh Idelwar, posted in Thane has submitted M/S H Jules and Co. Ltd, Nagpur’s experience certificate (April 7, 2003- November 17, 2006). His experience is also less than required. More importantly, committee recommended dismissal for him as he has cheated the MPSC and Government.

6- Ajay Mahule posted in Yavatmal has submitted M/S Parsh Pharmaceuticals Ujjan, Madhya Pradesh based company’s (December 5, 1998- March 15, 2004) certificate which was found to be fake. Parsh Company was formed in 2005. Committee recommended action on government level but Mahule has been awarded permanent position in 2017.

7- Nitin Deore, the former assistant commissioner (drugs) at Aurangabad, terminated by FDA commissioner Mahesh Zagade on August 20, 2017. Deore’s claims to have worked between July 1, 1996 to July 9, 2001, at Crosland Research Laboratory. An inquiry report found company was shut down in 1998.

8- Rupesh Vatkar had submitted Cipla, Goa Company’s experience certificate which was later found to be fake. FDA made inquiries with Cipla and found that he had never worked there. FDA filed FIR for cheating and forgery against Vatkar at the Kherwadi police station on November 23, 2017.

“As it was proved in 2012 only that these officers have submitted fake experience certificates, they should have been sacked immediately. It is absolutely shocking is to see those who did not have any political backing have not only been terminated but also got prosecuted. Rest are enjoying their positions hand in glove with mantralaya babu’s,” said Ved Tiwari.

Eight drug inspectors in FDA are working with FAKE experience certificates, with Mantralaya’s BLESSINGS and bribe of Rs 20,00,000 - Pharma Pathway

VED JI I M ONE OF THE AFFECTED PERSON IN THE SAME MATTER MPSC BOTH HIDE ALL THE TRUTH THEY EVEN MISLEAD HON. COURT AND DID WHAT THEY WANT. I ALSO STRUGGLE A LOT REGARDING SAME CASE. MPSC ALSO VIOLATED RTI ACT FOR HIDING THINGS. CAN U PLEASE HELP ME IN THIS MATTER.

ved ji Namaste file the Fir and suspend the officers .You have done very good job .These officers are most corrupted.

They should be punished publicly.