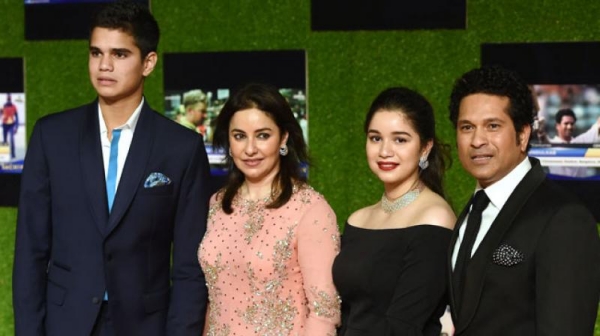 A 32-year-old man from Mahishadal in East Midnapore district in West Bengal has been arrested for allegedly stalking and harassing cricket icon Sachin Tendulkar’s daughter Sara.

The stalker, identified as Debkumar Maity, had reportedly made 20 calls to Tendulkar’s residence and passed lewd comments about Sara and even threatened to kidnap her.

“I saw her on tv sitting at the pavilion during a match and fell in love…I want to marry her. I fetched the landline number of Tendulkar and have called on it some 20 times…Have never seen her in person,” Debkumar Maity told police.

The stalker’s family has now claimed that the man is mentally unstable. The accused is unemployed and a college dropout.

Debkumar’s relatives say he has had a long history of mental illness. “We had no idea how he got embroiled in this case. Even at home he used to torture his parents. He lost his father recently. He has been undergoing medical treatment for his condition for last eight years,” said one of his relatives.

Police have recovered a diary from his house where Debkumar had scribbled Sachin Tendulkar’s daughter’s name proclaiming her as his wife. His relatives claim Debkumar is known to be quite creative and paints well.

But how he obtained Tendulkar’s landline number remains a mystery and will be investigated by the cops.

A medical investigation will also take place which will determine if the man is mentally unstable or not.

Sara Tendulkar had lodged a complaint against the stalker at the Bandra police station a while ago after which the cops swung into action.

The cops tracked the man using the location of nearby telephone towers from where he used to make the calls to Sara. He even proposed marriage to Tendulkar’s daughter.