IN a shameful incident for the education field, the father of Fatima High School in Vidyavihar, Mumbai, is missing for long. It’s alleged that father Joseph D’souza escaped with lakhs of rupees collected from students as donation. The education department has directed the BMC to investigate if D’souza collected vast sums in donations during the admission process.

On June 16, 2016, the Education Inspector, North District, Mumbai, directed (copy with ABI) the Education Officer (Primary), BMC, to investigate the allegation. The education department and Chief Minister Devendra Fadnavis acted after getting complaints against the institution by the student wing of the Maharashtra Navnirman Sena (MNS). MNS has complained to the chief minister, education minister, deputy director of education department and many others. MNS has complained that the school administration has no transparency in admission process. In online admission process for KG, Junior KG and Senior KG, the management calls only 20 per cent applicants and gives admission. Rest 80 per cent admission is given through two agents, Sanjay Dake and Dairel D’souza. These agents charge Rs 1.5 lakh to Rs 2 lakh per admission and give huge cuts to father Joseph D’souza. 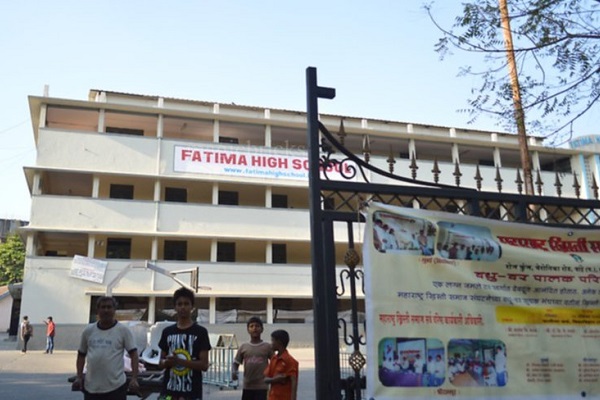 Recently a few parents approached the school and Education Inspector, North District demanding their unauthorized donation money back as their kids had failed to get admission. They were told that D’souza is not attending school since long. The agents also refused to return the money as they blamed D’souza for running away with the donation money. Sources said father is hiding somewhere in Pune.

Parents also alleged that this was not the first time. D’souza was a habitual absconder who would run away with big donation money. ABI also tried to reach D’souza but failed as his mobile phone was switched off. No one attended the school’s landline number. It is also learnt that BJP MLA Ram Kadam had also complained against D’souza demanding inquiry into corruption in admission process.

The role of BMC’s education department is also under suspicion. Sources said BMC officials had a quota arrangement with the school. So they were not showing interest in taking action on complaints.

“BMC education department should take strict action against corrupt practices of Fatima school in reasonable time. If not so, we will deal in our style,” said Ved Tiwari, vice president, MNS, student wing.

Earlier principal was accused of molestation

Current father Joseph D’souza is missing with unauthorized donation money and earlier principal Philip Gonsalves was accused of molestation. A case was registered against Gonsalves under section 354 of the Indian Penal Code (IPC) at the Powai police station in February 2006.

Could have been framed for sure

No. He was always an asshole

It is clear that he’s framed. It would have been in newspapers now and not here on Akela bureau of Investigation.. lol

Shit should be cleaned with concentrated acid if it’s true.

This is so untrue! Looks like a frustrated agent venting out his anger who didn’t get his admission done!

Please do not sit on judgement before it is even proved

Media ..please do not become judge….check your wordings….you are very cleverly mixing news with views….and in the process biasing the mind of the reader… Please clearly bifurcate new and your views and analysis should be followed by clear heading

This is absolutely true

Father francis was the best…. He was d best amongst d rest… ????

Someone is deliberately trying to spoil the name of the school. Also just to tell you, the latter accusation of Fr. Philip was proved false later.

its true story ..i know he is fraud….

Someone is deliberately trying to spoil the name of the school. Also just to tell you, the accusation of Fr. Philip was proved false later.

Proper investigation is necessary in this case. Many cases have come to light in the past regarding manipulation of donations from the middlemen promising admissions in reputed minority schools without the knowledge of the principals/ authorities. These jockeys go to different parishes and beg them for recommendation letters. On the other hand they collect huge amount of money from the parents of the ward on promises of admissions. This may be one of the similar case. Some gunda politician must be collecting huge money for admissions and spoiling the name of the principal in event the child is not admitted… Read more »