Home Others ‘We are taught that trees are our friends, then why are we... 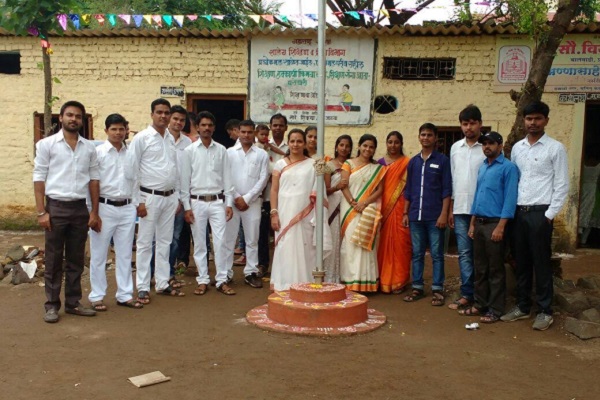 According to Devaraj Dayal, president, RCUNR, under the banner of Jhanda Uncha Rahe Hamara, on Independence Day RCUNR members (Rtr.) planted trees in Vijayatai Vidyalaya and Nagsen Vidyalaya in Ulhasnagar-5. Rotaractors also distributed biscuits to more than 400 students. Rtrs also organised an awareness campaign ‘Respect the Tricolour’. They created awareness among people that they should not throw small flags on the streets after celebration and they also picked up the flags lying on roads.

Rtrs have also a plan to perform a week-long programme “MAI-TREE” in order to motivate people regarding tree plantation, awareness drive and environment. Zone 4(Ulhasnagar, Ambarnath and Badlapur) of Rotaract District 3142 has launched an initiative on World Environment Day. Rotaractors pledged to plant 3,142 trees by end of the monsoon. “From childhood we are taught that trees are friends, then why are we not making more friends instead of killing them?” said ZRR of Zone 4 Rtr. Vijay Gali.

In order to motivate people regarding nationalism and patriotism, RCUNR organized a third campaign called What is Freedom? Rtrs interacted with students, youngsters, seniors and tea vendors. They questioned them about freedom. Shockingly, no one was able to reply properly. They were full of anger and unsatisfied with the administration.

“We are always trying something new on our Independence and Republic Day to make people aware that the country is first and individual is second as well as to remember those supreme sacrifices made by the great freedom fighters of India during the freedom struggle,” said Rtr Ajay Yadav, director TRS.