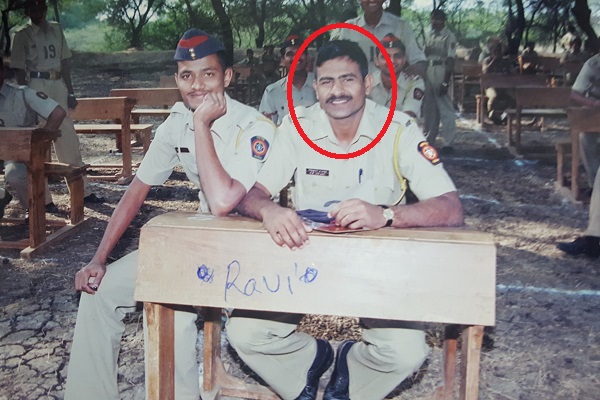 THE police in Kashimira, Thane district, have registered an FIR of robbery against a police constable, Ravindra Chhagan Thakur, and his girlfriend, Heena Sattar Pathan. Now, Heena Pathan and the complainant, Harsha Thakur, are also constables. On top of it all, Harsha Thakur is the wife of the accused, Ravindra Thakur.

On September 25, 2016, Kashimira police in Mira-Bhayander registered the FIR (copy with ABI) under sections 392 (robbery), 323 (hurt), 504 (intentional insult with intent to provoke breach of the peace), 506 (criminal intimidation) and 34 (acts done by several persons in furtherance of common intention). The FIR was registered based on the complaint of a 31-year-old woman, Harsha Thakur, a resident of Ulhasnagar-1. Harsha Thakur is also in the police department and is attached to Thane rural police headquarters. Since April 2016, Ravindra has been separated from Harsha, having started living with Heena Pathan like husband and wife in Palghar.

On September 25 someone informed Harsha that her husband and Heena were roaming around in a private car near Versoa traffic police chowki in Mira Road. Harsha immediately rushed to Mira Road where she spotted Ravindra buying sweets from a shop as Heena sat in the car. Ravindra was shocked to see Harsha there and ran to sit in car. Harsha also rushed to sit in the car but Ravindra pushed her back. Ravindra and Heena came out of the car. They thrashed Harsha badly. Heena snatched a gold chain (mangalsutra) worth Rs 80,000 from the neck of Harsha and both sped away from the place in the car. In the quarrel, Heena’s uniform was left with Harsha. Harsha approached the Kashimira police station, where, after medical treatment, the police registered an FIR. Ravindra and Heena are absconding. Inspector Vilas Shivram Sanap is investigating the matter.

“Ravindra and Heena thrashed me very badly in front of gathering. Heena robbed my mangalsutra, stating that she will make me a widow. They ran away sitting in car,” said Harsha.

Harsha and Ravindra had a love married on October 25, 2005. They have an 11-year-old daughter. In February 2015 Harsha came to know through mobile messages and photographs that Ravindra had fallen in love with Heena. The dispute increased and reached a point where Ravindra started torturing and thrashing Harsha. On August 17, 2016, Harsha registered the FIR (copy with ABI) against Ravindra under sections 498 (A), 323, 504 and 504 of IPC.