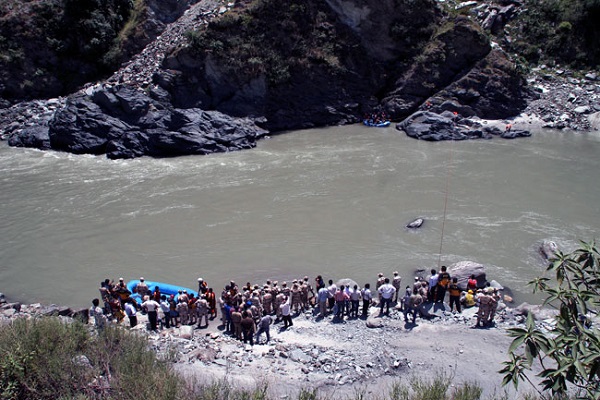 IN a landmark judgment, the Himachal Pradesh high court (HC), on Saturday, ordered the state government, the Himachal Pradesh State Electricity Board (HPSEB) and the Hyderabad-based VNR Vigna Jyothi engineering college, to pay Rs 20 lakh each to the kin of 24 engineering students, who were swept away in the Beas river in 2014 after floodgates of the Larji dam were opened and water was released into the river without prior warning. The compensation to be paid within eight weeks.

Twenty-four students of the VNR Vignana Jyothi Institute of Engineering and Technology, who were on an excursion tour to Manali, and a tour operator, were swept away on June 8, 2014 at Thalot near Pandoh, after water from a nearby HPSEB –run Larji hydropower project dam was released into the Beas.

According to media reports, a division bench of Chief Justice Mansoor Ahmad Mir and Justice Tarlok Singh Chauhan directed that the compensation amount, including the interim compensation of Rs.5 lakh will be paid with interest at the rate of 7.5 percent per annum from Saturday till its final realisation is awarded.

The bench, which treated a media report as a public interest litigation, said the state electricity board that runs the Larji hydropower project, responsible for the release of water into the river, would share 60 percent of the compensation, while the college and the hill state will pay 30 and 10 percent, respectively.

The high court on June 25 had ordered interim compensation of Rs.5 lakh each to the families of each student who were washed away.

The 24 students of V.N.R. Vignana Jyothi Institute of Engineering and Technology in Hyderabad and a tour operator were swept away on June 8 last year near Mandi town after water from a nearby state-run hydropower project dam was released without warning. The students were on a tour to Manali.

Earlier, turning down a plea of the engineering institute to modify or recall its order to pay interim compensation to the families of each victim, the high court had directed the college management to refund the amount of tuition fee of the students within two weeks.

The judges, who reserved the judgment on December 14, observed that the news about the incident was so shocking and pricking that it shattered everyone.

“Keeping in view the fact that the parents lost their sons/daughters, who were undergoing engineering course and were expected to be at least engineers, which is so painful and cannot be redressed by any relief, rather no substitute is available,” the bench had observed.