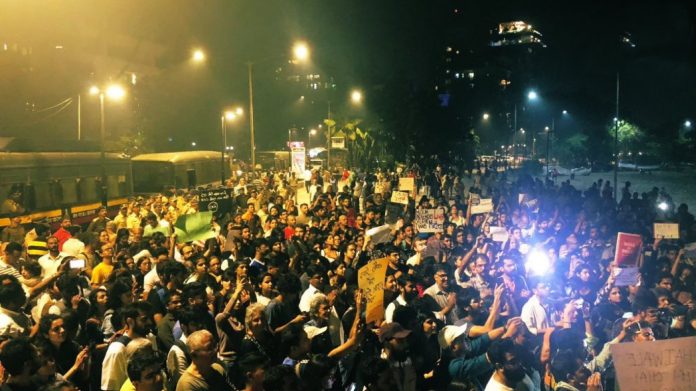 THOUSANDS of Mumbaikars gathered at Carter Road in Bandra at 7 pm on Wednesday, December 18 to protest against the CAA ( Citizenship Amendment Act). They were seen chanting slogans like “Mera Bharat Mahaan, Modi aur Shah se Savdhaan”  and “Azaadi”. Students stood with placards stating, ‘Why silence our voices? Why ban internet?, Why ask for documents from those who voted for you?, Azaadi’, and claimed to show their solidarity with the students of Jamia Millia Islamia University (JMIU), New Delhi and Aligarh Muslim University (AMU).