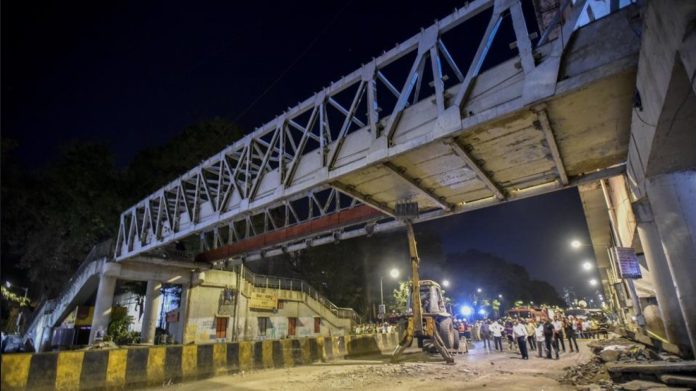 EARLIER this year, a part of Himalaya bridge had collapsed at Chhatrapati Shivaji Maharaj Terminus (CSMT) which claimed the lives of seven and injured 30 people. The bridge that connected north-end of CSMT railway station to Badaruddin Tayabji Lane collapsed on March 14, 2019. Following the incident, structural auditor Neeraj Desai was arrested within a few days.

Justice S. K. Shinde granted bail to the four accused on furnishing bail bonds of ₹50,000 each. Neeraj Desai’s firm DD Desai and Associates were given the contact to conduct structural audits on CSMT’s Himalaya Bridge along with 38 more Foot Over Bridges in South Mumbai.

Mumbai Police claimed that the firm had in 2018 submitted its audit report, stating the bridge was in a good condition, without checking its base. Shitla Prasad Kori, Anil Patil and Sandip Kalkute were, directly and indirectly, responsible for the Himalaya Bridge maintenance.