Home Entertainment I am not shy but I am very uncomfortable kissing on screen... 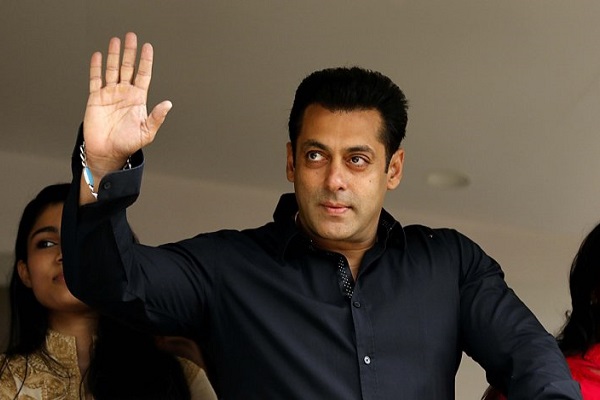 BOLLYWOOD superstar Salman Khan says he never felt the need to kiss on screen because he finds it uncomfortable. Abdul Rashid Salim Salman Khan better known as Salman Khan referred to in the media as “The Tiger of Bollywood”, “Blockbuster Khan”, “Box-office King”, he is popularly called as “Bhaijaan” and “Sallu” by his fans.

50-years-old Salman Khan who is now awaiting the release of “Prem Ratan Dhan Payo” spoke of many things about his personal life on a private television show.

When show’s host asked about the reason behind not kissing on screen, he said: “I am very uncomfortable. I’m not shy but I just don’t like it. I just don’t think there’s a need to kiss on screen. Whenever there is a need, I may do it. But I haven’t felt the need yet.”

Salman is the eldest son of screenwriter Salim Khan and his first wife Salma. Salman Khan began his acting career with a supporting role in the film Biwi Ho To Aisi. His relationship with actress Aishwarya Rai was a well publicised topic in the Indian media. Salman has always been linked to leading ladies such as Aishwarya Rai Bachchan and Katrina Kaif. But the actor is still unmarried and always laughs it off when he is asked about his marriage. In an interview, when Salman was asked that when will he get ‘double’, the actor questioned who should he get married to and for how much time. “Marriages are not for lifetime now. Times have changed. It is about ‘temporary shaadi’ (wedding) now.”