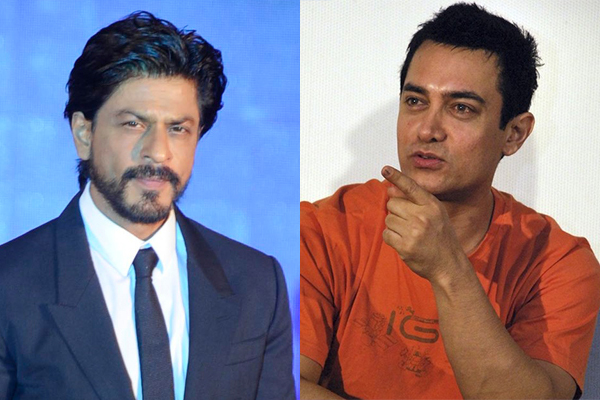 THESE days two Bollywood superstars have taken on the role of victimhood by subtly but surely playing up their ‘Muslim’ identities to lend support to the claims of ‘rising intolerance’ under the Modi era, but now these very actors have been again exposed as beneficiaries in the Rs 7,000 crore QNet scam.

On December 24, 2015, ABI (Akela Bureau of Investigation) published an article under the headline “PROFESSIONAL INTOLERANCE: Aamir Khan and Shah Rukh Khan exposed as Professional Tax thieves.” A reply to a query under the Right to Information (RTI) Act had revealed that Aamir Khan and Shah Rukh Khan had not deposited a single paisa in Professional Tax to the state government. Now, it is learnt that these superstars are also beneficiaries in the QNet scam.

The controversial Hong Kong-based multi-level marketing (MLM) company QNet India has been accused of cheating investors across the globe. The company has been allegedly using the name of Mahatma Gandhi to woo investors and has embezzled from lakhs of unsuspecting investors since its inception. Shah Rukh Khan, Aamir Khan, Boman Irani with son Danesh Irani, Nalini Chidambaram, some IAS and IPS officers are among the beneficiaries.

Scam whistleblower Gurupreet Singh Anand alias Guru has written to the Chief Minister of Maharashtra Devendra Fadnavis demanding transfer of the probe of QNet scam to the Central Bureau of Investigation (CBI). Citing the ‘unfair’ nature of the probe being conducted in the case by Economic Offences Wing (EOW) of Mumbai Police, Guru Anand said the inquiry should be handed over to the CBI for a ‘free and fair’ inquiry.

On January 12, 2016, Guru Anand wrote a letter (copy with ABI) demanding the inquiry be handed over to the CBI. It was Guru Anand and ABI editor (Investigation) Akela who first exposed the QNet scam a few years ago. The police have arrested some 18 persons till now in the scam.

What is QNet ?
QNet Ltd and QN Europe, formerly known as QuestNet, GoldQuest, and QI Limited, is a Hong Kong based direct selling company owned by the QI Group. The company sells a variety of products, including energy, weight management,nutrition, personal care, home care and luxury goods, and fashion accessories. QNet was founded in Hong Kong by Dato’ Vijay Eswaran in 1998. It promotes its products on its website using claims that would not pass official muster in much of the world. The EOW of Mumbai police has arrested 18 team leaders of QNet all over India so far for allegedly duping investors by selling products like magnetic disks, herbal products and holiday schemes through fraudulent practices. QNet has also been accused of using the banned binary pyramid business model for its multi-level marketing (MLM) schemes to entice investors. The accused were charged with cheating and forgery under relevant sections of the Prize, Chits and Money Circulation Schemes (Banning) Act, 1978.

A resident of Andheri’s Lokhandwala in Mumbai, Guru Anand’s wife was cheated by QNet. Then Guru Anand complained at the local police station of Oshiwara. It was alleged that the police from Oshiwara took large sums from the company and did nothing. Later the matter was handed over to the Economic Offences Wing (EOW) of the Mumbai Police.

Big fish involved in the scam

1- Sri Lankan cricketer Muttiah Muralitharan was a product ambassador for QNet globally from May 2011 to May 2013.
2- The scrutiny of Danesh Boman Irani’s bank account revealed that about Rs 40 lakh had been received from QNet. EOW officials froze his bank account and blocked Rs 25 lakh. Danesh promoted and propagated the scheme. Later police grilled Danesh.
3- Bollywood actors Shah Rukh Khan and Aamir Khan are also involved in the scam. They promoted the company abroad and earned crores of rupees.
4- Nalini Chidambaram, wife of former Home Minister of India P Chidambaram, was a legal advisor.
5- EOW has arrested the former daughter-in-law of Padma Bhushan recipient Michael Ferreira. Ferreira is alleged to be an 80 per cent shareholder in Vihaan Direct Marketing Selling Ltd.
6- Michael Ferreira’s son is wanted in the scam. He is himself allegedly involved the scam.
7- Last year QNet organised a tour for journalists to Hong Kong to illustrate that the company was not running a ‘scam.’
8- IIFA ( International Indian Film Academy Awards), presented annually by the International Indian Film Academy to honour both artistic and technical excellence of professionals in Bollywood, lists Qnet as one of the ‘official direct selling partners’.
9- The company has been allegedly using the name of Mahatma Gandhi to woo investors and has embezzled from lakhs of unsuspecting investors since its inception.

“Police are trying to save these big fish. I wrote a letter to Chief Minister demanding inquiry should be handed over to CBI. I will file suit in the matter soon,” Guru Anand had said. On the latest revelation about Shah Rukh Khan and Aamir Khan, Anand said, “No comment.”

Idiots like guru can claim anything, but the point is to prove the claim. The company is doing legitimate business from past 19 years. Some People may do mal practices, but we have been earning money in a legal way, merely by selling products.

Go on, nothing wrong can be proved.