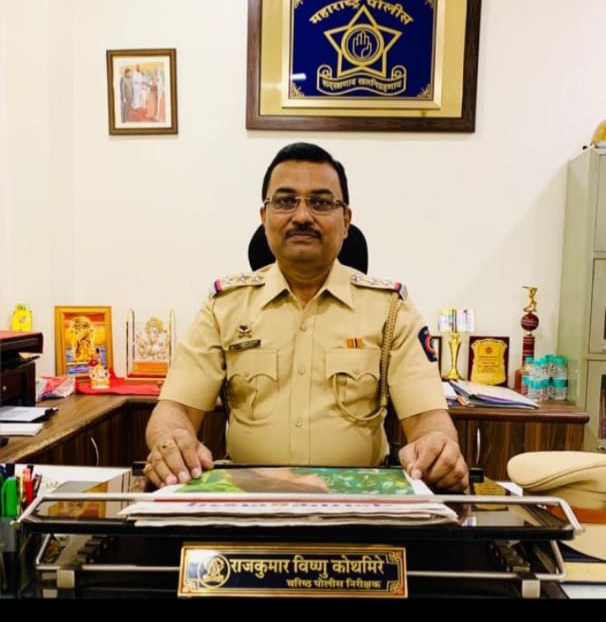 RAJKUMAR Kothmire, a Police Inspector who has been attracting a lot of controversy off late, and now attached with Anti Extortion Cell (AEC) – Thane has attracted even more controversy right now. There are serious allegations against him, of having turned into a recovery agent. Manish Shah, a Mumbai based Congress leader has filed a complaint against Kothmire for trying to extort Rs 3 crore from him. Also two audio clips have come to light, where Rajkumar Kothmire is trying to extort money on behalf of two separate parties.

On June 24, 2020 Manish Shah complained to several Mumbai and Thane police authorities as well as the Thane wing of Anti Corruption Bureau (ACB) against Rajkumar Kothmire. Complaint copy is available with ABI.

Manish Shah (56) is a resident of Matunga and leader of Congress party in Mumbai. He told ABI that he has some financial dispute with Atul Nathalal Patel. Atul is owner of Atul Projects Ltd and has an office at 5, Trade Avenue, Suren Road, Andheri (East). Manish Shah was shocked when Rajkumar Kothmire called Manish Shah at his Thane office and said – ‘Atul Patel ke 3 crore rupaye ka kya hua?’ Manish Shah reminded him that this matter does not come under Thane police jurisdiction, Kothmire threatened, “tumhe 3 crore rupaye to dena hi padega. Nahin to kisi farji case mein andar dal dunga.”

“I have complained against Rajkumar Kothmire seeking strict action against him,” said Manish Shah.

Rajkumar Kothmire is routinely and habitually engaged in such extortion on behalf of private parties. Here are two audio recordings in which Rajkumar Kothmire threatens, abuses people in filthy language to extort money on behalf of others. This makes one wonder, whether he is really a Police Officer or is he a Recovery agent on payroll of people using his position of police officer to extort money from others. Please listen to the audio clips attached.