Home Corruption IT HAPPENS ONLY IN ULHASNAGAR PART 4: Konark Residency comes up without... 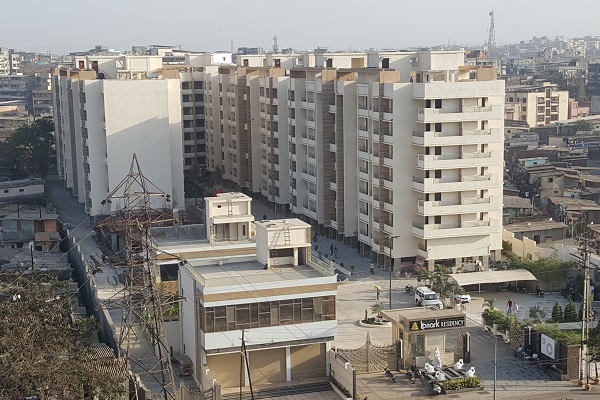 THIS is classic case of fraud, illegalities and connivance between builder Konark and officials of the Ulhasnagar Municipal Corporation (UMC). According to the sanctioned plan for conversion of industrial zone to residential zone, the developer is bound to fulfill certain conditions, including obtaining a No-Objection Certificate (NOC) from the fire department, the Labour Commissioner and the Tehsildar’s office. Konark builder developed its Konark Residency project without Fire, Labour Commissioner and Tehsildar’s NOC.

The matter pertains to Konark Residency (CTS No-1700, 1701. Plot No-3, 4. Sheet No- 97), being developed near Shahad railway station, Ulhasnagar-1. According to documents available with ABI, the project is 100 per cent illegal. A Right To Information (RTI) reply (copy with ABI) revealed that Konark Residency has no NOCs from offices concerned like those of the fire brigade, Labour Commissioner and Tehsildar. Also, speaking to ABI (Akela Bureau of Investigation) a top officer of the UMC confirmed that Konark builder has no NOCs from authorities concerned. Now Ulhasnagar residents and Konark Residency flat owners can imagine for themselves how things are in the UMC when it can allow a plan as illegal and bad in law as the instant one.

While issuing the commencement certificate (CC) on March 30, 2013, UMC officials instructed that fire brigade, Labour Commissioner and Non-Agriculture NOCs should be arranged by developer, but Konark builder does not care about all that.

Fire NOC mandatory for high-rise buildings
According to the 1991 Development Control Regulations, every new construction above 24 metres is supposed to get an NOC, which is given after verifying whether the building has fire-fighting equipment, the width of the entry point and the gap between two buildings, among other factors. Therefore it is important to secure fire NOC to ensure safety for the apartment block residents. NOC is issued by the chief fire officer. Only then are these structures given the commencement certificate (CC) and occupation certificate (OC).

“I have also heard about this but let me check. I will update you,” said Yuvraj Bhadane, Public Relations Officer (PRO), UMC.

So, Konark Residency is unauthorized, unsafe and poses a grave fire safety hazard.

After ABI exposed illegalities of Konark Residency, the builder was running from pillar to post in an attempt to gain back lost reputation. Earlier, the builder invited Guardian Minister, Thane, Eknath Shinde, local MLA Jyoti Kalani, MP Kapil Patil, UMC Commissioner Manohar Hire and NCP leader Vasant Davkhare on the pretext of inauguration of clubhouse. But the game turned. Eknath Shinde got angry after hearing that residency was fully illegal. Manohar Hire was also left with no answer and tried to cover his face. “Sab izzat ka falooda ho gaya,” said a UMC official.

Now, the builder has spread the rumour in the city that Eknath Khadse has been ‘set’ and now no action will be taken on Konak Residency. Vasant Davkhare has no reputation in state politics, but Eknath Khadse is infamous for settling matters; “Paisa Do Kuchh Bhi Kaam Karao”. Khadse is Minister of Revenue, Agriculture, Excise and Minority Affairs in Maharashtra Government, but has similar reputation as Prakash Makhija, a local BJP leader-cum-agent in Ulhasnagar.

I am originally from Ulhasnagar every time I visit I cry after I see conditions .there is so much corruption Sindhi ministers or officials have done nothing for community’s