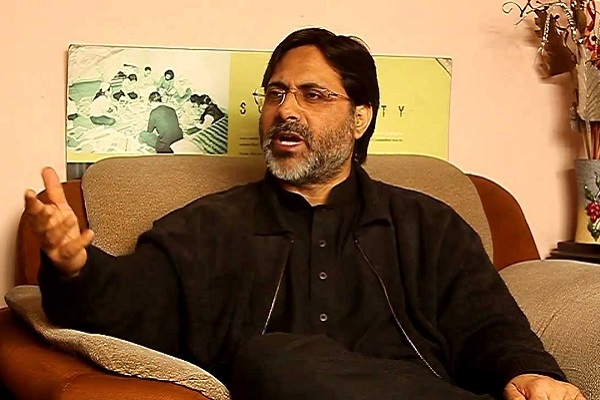 FORMER Delhi University lecturer SAR Geelani was arrested on Tuesday in connection with an event in New Delhi in which anti-India slogans were raised. Geelani’s arrest comes amid a raging controversy over the arrest of Jawaharlal Nehru University’s student’s union president Kanhaiya Kumar on sedition charges.

According to media reports, at a Press Club event on February 10, in which Geelani was present on the dais along with three other speakers, a group allegedly had shouted slogans hailing Afzal Guru. Taking suo motto cognisance of the matter, the police registered a case against Geelani and other unnamed persons on February 12.

Police had claimed that Geelani was booked as he is presumed to be the “main organiser” of the event. “Request for booking a hall at the Press Club was done through Geelani’s e-mail and the nature of the event was proposed to be a public meeting, which did not turn out to be so,” a senior official had said. Following the registration of the FIR, the police questioned for two consecutive days DU professor Ali Javed, a Press Club member, under whose membership number the hall for the event was booked.

“Geelani was arrested around 3 AM at the Parliament Street police station under IPC sections 124A (sedition), 120B (criminal conspiracy) and 149 (unlawful assembly),” DCP (New Delhi) Jatin Narwal said.

In 2001, Geelani was arrested by Delhi Police in connection with the Parliament attack case but acquitted for “need of evidence” by the Delhi High Court in October 2003, a decision upheld by the Supreme Court in August 2005, which at the same time had observed that the needle of suspicion pointed towards him.