Home Corruption IT HAPPENS ONLY IN ULHASNAGAR: UMC so very kind to Konark builder... 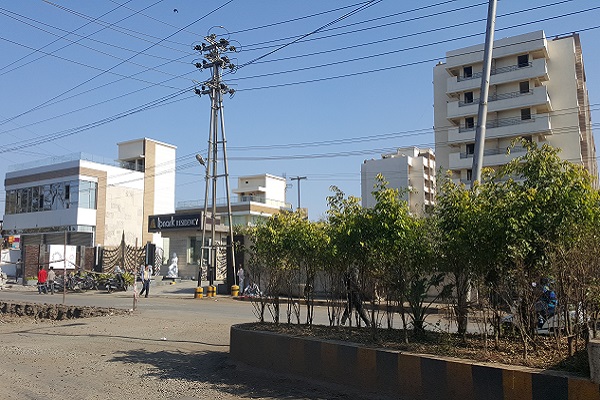 IT HAPPENS ONLY IN ULHASNAGAR: THE officials of Ulhasnagar Municipal Corporation (UMC) are so kind and caring towards Konark Group of Companies. The UMC officials have cleared the proposal sent to it by Konark builder in the quickest-ever clearance time: just five days. Konark group of companies is developing its project (CTS No-1700, 1701. Plot No-3, 4. Sheet No- 97) by name Konark Residency near Shahad railway station, Ulhasnagar-1. As per documents available with ABI (abinet.org) the project is 100 percent illegal.

See how Town Planning Department officials were hand-in-glove with builder and have worked so fast for their vested interests. On March 26, 2013, officials visited the construction site and on March 30, 2013, prepared the report and issued some instructions to a desk official. He also ordered immediate movement according to the instructions given.

ABI is in possession of all documents.

What is Konark Group?

Konark Group of Companies is emerging as a leading infrastructure company with a turnover of ten billion and a net worth of 1.51 billion Rupees. The Core business profile includes Engineering and Construction, Octroi and Escort Collection, Toll Operations, Water Management Infra, Green and Urban Infra, and Digital Cable Networks. The Company is coming up as the largest Toll Management Company in the country with its presence across ten states. Sources claims NCP leader Ganesh Naik and Vasant Davkhare have invested their black money in the company and in turn they protect the company from Mantralay, Politician, Police and other Problems.

Major action should be taken on UMC officers who passed the illegal projects. Just becoz of these corrupt offices common man have to suffer. many of them lost their home.