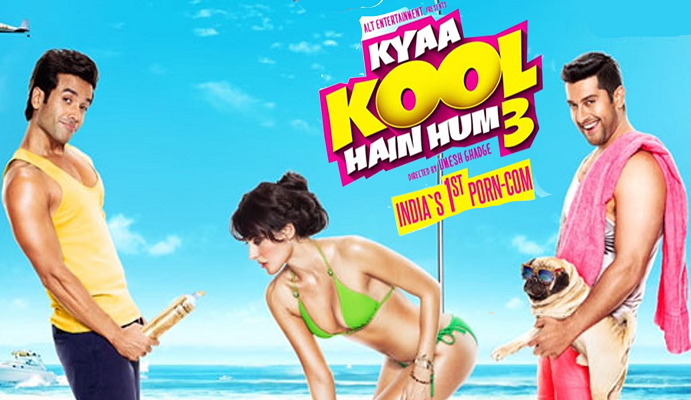 THE latest flick in sex comedy series by Ekta Kapoor, Kyaa Kool Hain Hum 3, has been banned in Pakistan. The Punjab and Haryana high court on Friday also issued notices to the Centre and Central Board of Film Certification (CBFC), New Delhi acting on a petition demanding ban on vulgar scenes in Kya Cool Hain Hum 3.

According to media reports, the Pakistan Central Board for Film Certification (CBFC) decided that the film was unsuitable for public viewing. CBFC have also issued a showcause notice to the distributor and faces a hefty fine for importing this film and selling it to some exhibitors without first going through proper channels.CBFC and its provincial censor boards both decided after a meeting yesterday that the film was unsuitable for public exhibition.

CBFC chief Mobashir Hasan said the film was found to be an “out and out obscene film” with vulgar dialogues and nudity. “The film is full of nudity and has a lot of vulgar content in its dialogues. The board has officially disallowed the film from public viewing,” he said. Hasan said the film couldn’t be allowed for public viewing even with an adult rating as it was over the top vulgar.

Aftab Shivdasani-Tusshar Kapoor-starrer has been promoted as India’s first porn-com Kya Kool Hain Hum 3 released this Friday, Sunny Leone-starrer Mastizaade is slated for next week. The Punjab and Haryana high court on Friday issued notices to the Centre and Central Board of Film Certification (CBFC), acting on a petition demanding ban on vulgar scenes in two new Hindi films, Kya Cool Hain Hum 3 and Mastizaade.