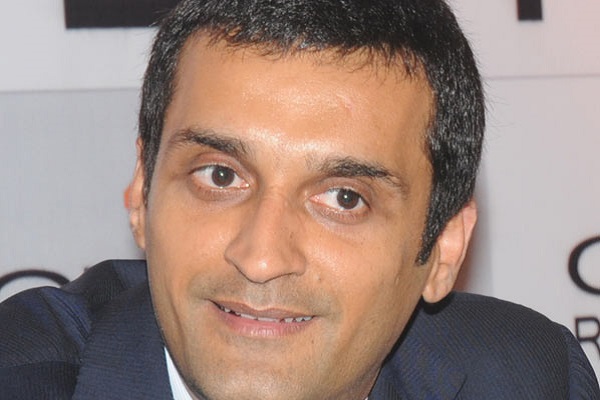 A REPORT by ABI (Akela Bureau of Investigation) that Oberoi Realty chairperson and director Vikas Oberoi alias Vicky is a cheat has been proved to be 100 per cent true. The Legal Metrology department of the state government has written to the Mumbai Police and the BMC to take necessary action as Oberoi has duped flat owners by delivering less carpet area than promised.

This controversial project, Oberoi Splendor, is on Jogeshwari-Vikhroli Link Road (JVLR) in Andheri (East). There are about 1,300 flats in six high-rise buildings. The project was started in 2005 and the rate at the time was Rs. 11,000 per square feet of carpet area; today it is over Rs 40,000 per square feet of carpet area. After getting possession of flats, owners found that they had been cheated, with the builder violating all norms, rules and regulations. The hassled flat owners then got united and formed the Oberoi Splendor Flats Owners Association (OSFOA).

Then, recently, the flat owners realized that Vikas Oberoi had delivered 40 to 50 square feet less carpet area per flat than was shown in the agreement. Oberoi has also not constructed towers as per plan approved by BMC. Not only did Oberoi charge as per built-up area instead of carpet area, but even the built up area turned out to be 94 square feet less.

Vikas Oberoi also misled flat owners, saying he had given extra area and that they must not inform the BMC about it.

In February this year, the OSFOA complained to the Legal Metrology department to check if Oberoi had delivered smaller flats than promised. On April 30, six officials with three witnesses raided and measured Flat No 1605 in A-Wing. They found that Oberoi had delivered 7 square feet less carpet area. In the agreement, the builder mentioned flat area of 891 square feet.

As if all this were not enough, Oberoi has extended 27 square feet area (useless passage) and shown it as carpet area to cheat flat owners. This 28 square feet extended area is also non-existent in the BMC-approved plan or in the FSI calculation, causing a total shortfall of 35 square feet of carpet area.

The Legal Metrology department sent a notice to Vikas Oberoi seeking an explanation, but Oberoi did not respond to it. Later the department wrote to the Mumbai Police Commissioner and the Municipal Commissioner to take appropriate action on the builder.

“Yes, I have sent a letter to the police and the BMC to take necessary action against builder Vikas Oberoi,” said Sanjay Pandey, Controller of Weights and Measures department.

The already is an FIR against Vikas Oberoi at the Meghwadi police station, which was lodged after flat owners realized that the builder had ‘tricked’ them by giving less carpet area than mentioned in the agreement. Flat owners complained that not only the size of the flats was smaller, but the height of the ceiling was also lower than promised, among many other things.

Flat owners also alleged that serious fraud was committed while registering the society.

“We are thankful to DCP Sanjay Pandey, who exposed the corrupt construction company Oberoi Realty,” said Mohit Bhardwaj, a flat owner and one of the promoters of OSFOA.

Despite repeated attempts to get in touch with him, Vikas Oberoi was not available for comment. He even failed to reply to an email sent a week ago.

Appreciate the efforts of Mr.Mohit Bhardwaj that has brought this issue openly and which will help us in taking decision in future. I was seriously considering Oberoi for Borivali East projecy.
I think Govt depts should get involved & certify projects before developers give final possession.

Friends check our flats , whether it is complying with agreement ? 2 inches short from both the wall will leads to around 3 sq ft ,