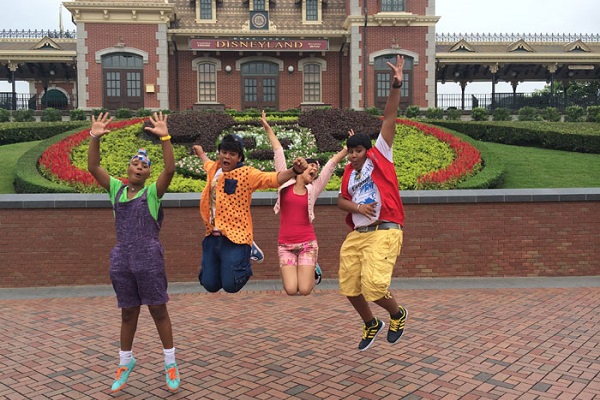 THE viewers of popular television serial “Taarak Mehta Ka Oolta Chasmah” are now going to witness their favorite, Tappu Sena who has been part of the day-to-day lives transform from young children to teenagers over the years. All five children of Tappu Sena are not only extremely popular amongst the young followers of the show, but are also an integral part of Gokuldhaam society. The show is going to see a kind of a time leap where Tapu, Goli and Sonu enacted by the talented Bhavya Gandhi, Kush Shah and Nidhi Bhanushali will be shown all grown up, and going to junior college. While there is a jubilation of kids moving ahead in life it will also show Goggi’s enacted by the adorable Samay Shah reaction since he’s being left alone in school. Tapu Sena’s growth is brought into the story line through this gradual transition making the forthcoming track and episodes interesting for young adult audience too.

‘Taarak Mehta Ka Oolta Chashmah’ is one of the most popular and loved family series on SAB TV. “Taarak Mehta Ka Ooltah Chashmah has been ruling the television for seven long years now. The love and appreciation that the show is getting is the one that encourages them to move forward and continue to enthrall its loyal viewers.

When spoken to Bhavya Gandhi, he mentioned “It feels great to be part of this transition of the characters we, as Tapu Sena, play. I have been a part of this show for the past seven years and have literally grown and developed as Tapu and also as an individual in real life. Our journey in the show, particularly now, with us entering college will be very special to us. I am very excited to see our well-wishers reaction and wish for their support as we enter this new phase of our life.”