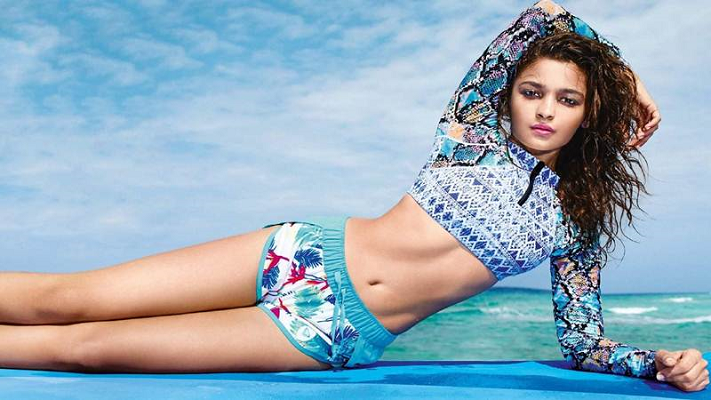 THE rich and famous are always coming up with new – and sometimes bizarre – ways to better their lifestyles, their looks and even their spirituality. So, just because a star can afford to eat at the finest cuts of steak in the world for every meal doesn’t that they always want to. When it comes to chowing down on meat, not every star is game. So, on World Vegetarian Day we look at some of Bollywood stars, who have given up meat to stay in shape:

Shahid Kapoor
He has finally entered the “elite actors club”, Shahid was one of the first to pledge vegetarianism among the young bread of actor. He had even convinced his girlfriend at the time Kareena Kapoor, a meat lover to turn vegetarian (who is now a reformed meat lover after her marriage to Saif Ali Khan). The “Rangoon” actor reportedly gave up eating meat in 2003 after boarding a flight armed with the book “Life is Fair” by Brain Hines. The book was a gift from his father, actor Pankaj Kapur. Such was the impact of the book on young Shahid’s mind that he decided to give up meat by the time the flight landed. Hines was a member of the Indian spiritual organisation, Radha Swami Satsang Beas, which Kapoor as an avid follower. Incidentally, this was also how he met his wife, Mira Rajput.

Sonam Kapoor
Bollywood’s fashionista is not just a vegetarian but a vegan as well. During the shoot of her movie “Prem Ratan Dhan Payo”, the actor found out that she was lacto-sensitive and was unable to digest non-vegetarian foods properly. The actress who loved seafood and curd, gave up dairy and meat to better her health. In an interview with a daily the actress said, “I’ve been vegetarian for many years, but I became vegan recently. I believe in making compassionate choices. So much so, I am having soya milk coffee now, I don’t even have dairy.”

Amitabh Bachchan
One of the fittest actors in Bollywood even in his 70s is certainly Amitabh Bachchan and now we know why. He is a vegetarian who does not eat any meat. He has been a veteran title holder of Peta’s Hottest Vegetarian Alive thrice in the past. The legendary actor has said on numerous occasions that he voluntarily gave up eating meat, along with rice, aerated drinks, alcohol and smoking over the years.

Kangana Ranaut
Controversies favourite child, Kangana is another Hottest Peta title holder. The actress gave up eating meat after her big move to Bollywood, despite confessing that her upbringing was in a typical Rajput household that thrived on meaty dishes. But soon after, she realised that dairy products did not suit her and often resulted in acidity. So, she decided to give them up as well and turn vegan. She has now added fruits, nuts and tofu to her diet and mostly enjoys having south Indian cuisine that uses a lot almond and coconut milk. “Going vegetarian… has calmed me down, and it has also made me physically and emotionally strong,” she was quoted as saying in an interview.

Aamir Khan
Although a late arrival to the party, when Aamir turned 50 years old, he decided to turn vegan. Aamir, who enjoyed his eggs, chicken and meat earlier, has now replaced these with healthy vegetarian dishes. Apparently, his wife, Kiran Rao, who herself has been a vegetarian for few years, showed the actor a video, which ended up turning Aamir into a vegan. Rao showed him a video about 15 of the most common life-threatening diseases that can be prevented by a vegan diet. In an interview with Peta, Khan said, “At the end of it, I was convinced that vegans are way ahead of non-vegetarians and even vegetarians.”

Anushka Sharma
A couple of years ago rumours mill went wild that Anushka Sharma turned vegetarian because of her pet dog, ‘Dude’. But in a tweet on July 31, 2015, Sharma responded to the rumour mills, saying, “So many reports say I quit non-veg food because my dog doesn’t like the smell of meat! My dog eats meat. He’s a dog.” Though not for her dog, the actor is a vegetarian and even won Peta’s Hottest Vegetarian Celebrity title the same here.

John Abraham
He is one of the fittest actors and is known for his bulked physique but did you know he did it all without eating meat? Yes, John too is a vegetarian. He is against animal cruelty and so, does not like eating meat.

Alia Bhatt
Alia is the latest entrant to the vegetarian club in Bollywood. She had given up eating meat during the shooting of her film “Highway” to beat the heat. But she enjoyed the lifestyle so much that she gave it up altogether and turned vegetarian. She has a lot of vitamin and iron-rich food as part of her diet and drinks a lot of water. “I prefer having vegetarian food. It is a way to healthy life,” she was quoted as saying. The happiest after this transformation is her father, Mahesh Bhatt who has been a vegetarian for several years.