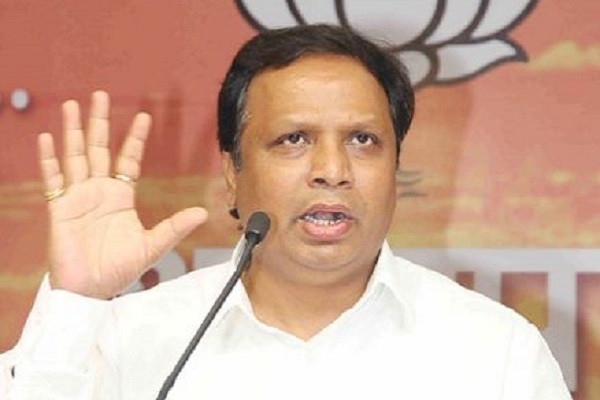 THE true face of Bharatiya Janata Party (BJP) has been exposed. Jitu Raut, the personal assistant (PA) of Mumbai BJP President Ashish Shelar, called up the Senior Police Inspector of Bhandup police station and asked ‘how dare he register FIR against Nilesh Paradkar and Jaffrey D’souza. Paradkar and Jaffrey are the members of the gang formed by fugitive don Chhota Rajan alias Nana.

Chembur based Rajendra Sadashiv Nikalje, also known as Chhota Rajan (Little Rajan) is the boss of a major crime syndicate based in India.

On February 4, 2015 Bhandup police registered FIR (copy available with ABI) against Nilesh Paradakar and Jaffrey under sections 504, 507, 506 (2) and 34 of IPC. The complainant is none other than Sanjay Dina Patil, Nationalist Congress Party (NCP), Mumbai chief and former Member of Parliament (MP). Crime Branch has started a parallel probe in the matter. Assistant commissioner of police (ACP) Prafull Bhosale recorded the statement of Sanjay Patil and Mama Manchekar, a key associate of Sanjay Patil.

Despite repeated attempts Chavan was not available for comment. ABI (Akela Bureau of Investigation) stands for claims that Jitu called Chavan and asked how dare he register FIR against them?

When contacted Ashish Shelar said, “Jitu is not my personal assistant. He is only a small time BJP worker. At present he is in his native place. He may have called Bhandup police station to know only the facts like, under which sections police have booked Paradkar and Jaffrey, if they needs any legal help. It is also possible that Raut knew the Paradkar and Jaffrey.” The question here arises why does BJP want to help criminals in legal matters, when the court gives them the liberty to choose for a lawyer in defence.

Terror of Paradkar and Jaffrey in East Mumbai

Nilesh Paradkar is a key associate of Chhota Rajan gang. There are more than a dozen cases of extortion and threatening registered against him. In 2006, he was convicted for attempt to murder on film financer Bharat Shah, in 2004. He was released in 2011 from Thane jail. He is residing in same building at Chembur where Chhota Rajan’s wife Sujata Nikalaje alias Nani lives.

On February 4, Jaffrey first spoke to Sanjay Patil and referred to a real estate project. Jaffrey told that their men to be hired for the work. He told him not to hire labourers from the Mathadi Kamgaar Community. After Patil refused Jaffrey handed over the phone to Paradkar, who threatened him thrice in a day.

Sanjay Patil told police that Paradkar and Jaffrey called him three times and threatened to not to take any civil contracts or he will bump him off.

Prime Minister Narendra Damodardas Modi’s Swatch Bharat Abhiyaan seems to be going into the drain. The senior leaders of BJP and Modi, need to clean up their own party before cleaning the country.