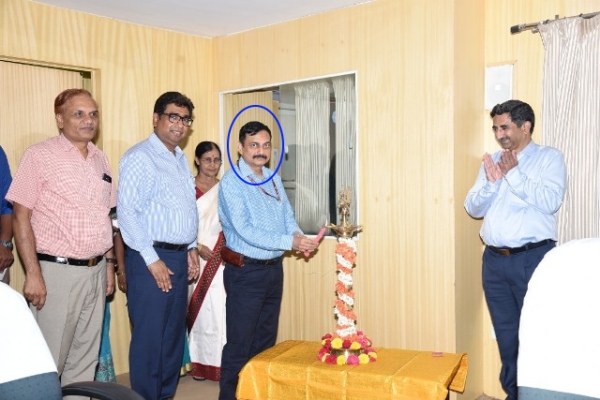 IN an incident that is both bizarre as well as shocking, the Conversion Department of Central Railway, Mumbai terminated a contract a whole 21 months after the contractor has completed the work. On enquiry, the officials are unwilling to offer comments officially. However Off the record, they say that they are acting as per explicit instructions from higher authorities, i.e. the Railway Board, New Delhi.

Central Railway sent a termination notice to M/s Talupa – Quality JV on November 13, 2017. Satish Mandaokar acts as a lead partner for the Joint Venture (JV). This termination notice came as an utter shock to Mandaokar, as the actual work was completed on April 10, 2016, i.e. 21 months before the Termination Notice was sent.

Satish Mandaokar, 51, is a resident of Kalyan (West) and was doing electrification work for Indian Railways, all over India since 1981 on contract basis through the company Quality Engineers and Contractors. On February 26, 2010, Mandaokar was awarded work for conversion of 1500 Volt DC to 25000 Volt AC on CST – Panvel line. The value of the contract was Rs 15, 65,89,013, which was subsequently revised to Rs 23,19,51,938 on approval from competent authority. The concerned Railway officials have already paid Rs 20,51,22,242 to the company, and a balance of Rs 2.96 Crore was still pending.

The Chief Railway Safety (CRS) Inspection was successfully completed and approved and subsequently the Section of CSTM (Excluding) to Panvel (Including) with 25KV AC was commissioned and flagged of on 9/10th April 2016 and it was deemed as fit for Railway’s Commercial Operations.

On July 13, 2016, the Dy. CEE Conversion – 1/WB, R T Patil also issued a provisional acceptance certificate, equivalent to Completion Certificate, to Satish Mandaokar. The trains are already running on the Completed Section on 25KV AC since April 10, 2016. After 1 Year and 9 months of trains running, hassle free without any issues or problems whatsoever, on November 13, 2017 out of the blue, the authorities at Central Railway sent a Contract Termination Notice to Mandaokar, claiming that work is still pending on the section.

The Railways are earning revenues by running train services on the already completed section. The Provisional Acceptance Certificate (Completion Certificate) was already issued. Still, for no good reason, Contract Termination Notice was sent to Satish Mandaokar. The motives of the Authorities of Central Railway who sent this notice can be described as controversial, at best and the behaviour or Railway Officials are high handed.

Satish Mandaokar, in a great deal of shock, met Principal Chief Electrical Engineer (CEE), CSTM, R P Sharma. While R P Sharma behaved and acted as if he was sympathetic to Mandaokar, expressing anger on his subordinates. Sharma assured Mandaokar that everything will be all right, saying ‘Sab kuch theek ho jaayega’. Mandaokar, based on Sharma’s words, applied for final bill settlement, but of no avail. On the contrary, to his absolute horror, he received another letter from Railways demanding Bank Guarantee Encashment of Rs. 3 Crore.

Mandaokar ran from pillar to post, meeting several authorities to understand what is going on and the reasons behind such unusual, abrupt and high handed behavior of the Railway Officials. Several staff, while speaking to him off the record, stated that Member – Traction Railway Board, New Delhi, is behind this action.

Who is Ghanshyam Singh?
Ghanshyam Singh, an officer of Indian Railway Service of Electrical Engineering (IRSEE) is Member (Traction) Railway Board, New Delhi and ex officio Secretary to the Government of India. He is angry with Mandaokar over a BRIBERY matter.

Whatever be the case, Railways is a Service Organisation, operating with Tax Payer’s Money and is not fiefdom of people like Ghanshyam Singh, who use their power and authority to harass and hassle genuine contractors, who work for Railways in good faith.

All documents are available with ABI (Akela Bureau of Investigation).