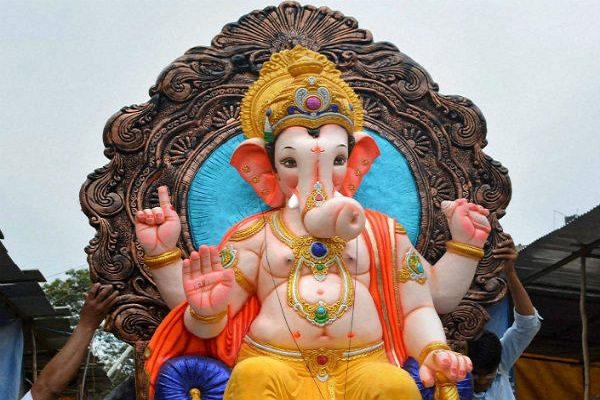 A Muslim woman Noor Jahan Shaikh, gives birth to son at Lord Ganesh Mandir in Vijay Nagar, Wadala, Mumbai. She was helped by Hindu women in successfully delivering a baby boy. Later the doctors said that both, mother and child were healthy.

Noor Jahan now plans to nickname the child Ganesh. The people who helped her are already calling the male child Bal Ganesh and Govinda.

According to media reports, incident occurred in the early hours on Monday October 5, 2015. Ilyaz Shaikh, living in Mumbai was taking his pregnant wife Noor Jahan Shaikh- supposed to deliver in coming four days- to Sion hospital while she was in labour pain. While they were heading towards the hospital, Noor Jahan Shaikh was forced to exit the taxi by the driver, as he did not want her to deliver the baby in his vehicle. Some female devotees sitting outside the temple rushed immediately to provide help after seeing her screaming in pain. They created a makeshift delivery room with sarees and bedsheets and in few minutes, and Noor finally delivered a healthy child, a baby boy.

Noor Jahan said to media, “I was tense when I was close to delivering in the middle of the road. But when I saw that there was a temple, I realized that God himself is watching over us. What could be better than giving birth before Lord Ganpati?

All the people involved have planned a grand celebration for the child with Noor Jahan and Ilyaz.