Home Others Narendra Modi’s band gala suit was the star attraction at the auction,... 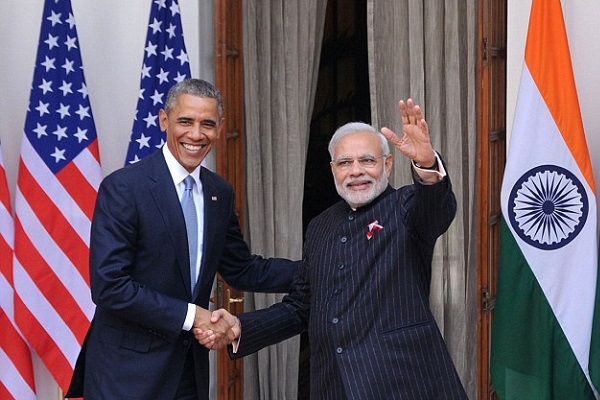 According to medai reports, Prime Minister Narendra Modi’s pinstripe monogrammed bandhgala suit, which hogged limelight during President Barack Obama’s visit, went up for auction in the diamond city on Wednesday.

Juneja, who emerged as the highest bidder for the suit on day one, told a news agency,”I like Modi’s hardwork, confidence and that is why he is my role model. I want to keep the suit as a souvenir. If the bid goes up a little further, I will match it. But if it goes up steeply, then I will think about proceeding further”.

Earlier, NRI businessmen Viral Chowksi offered Rs 1.11 crore, while before him textile trader Suresh Aggarwal made an offer of Rs one crore for the two-piece suit.

The first bid was made for Rs 11 lakh by a Surat-based chartered accountant Pankaj, while few minutes later, second bid of Rs 51 lakh was made by Raju Agarwal, an estate dealer.

“I have offered Rs 1 crore. This is work of charity and when the Prime Minister is doing for a great cause like cleaning of Ganga, I decided to go ahead and buy the suit,” said Suresh Aggarwal.

Giving a new dimension to the controversy, NRI Gujarati businessman Ramesh B Virani, who had participated in the Gujarat Vibrant Summit, said he had gifted the suit to Modi when had he gone to invite the Prime Minister for his son’s wedding.

“At that time, he (Modi) told me that he has a very busy schedule ahead and also that he will be donating the suit. I said there is no problem with that. I told him that I want him to wear the suit on the day of my son’s wedding as a blessing,” he said.

The suit that created waves and kicked up a political storm was auctioned today along with 455 items that Modi had received as gifts during his nearly nine-month long tenure to generate funds for the Prime Minister’s ambitious ‘Clean India Mission’.