Home Others The pseudo feminist manisfesto 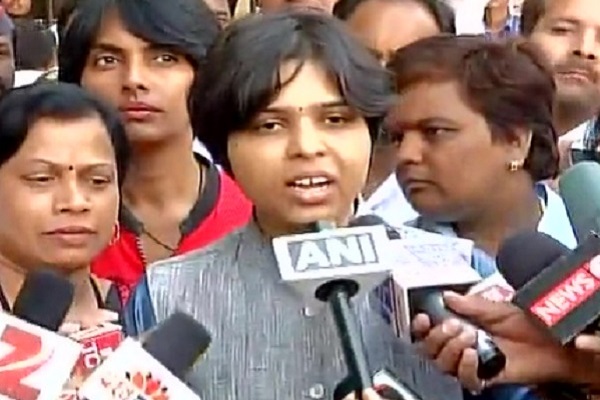 Feminism gets wrong the true meaning of “boldness”, in there mindset boldness is limited to showing skin only. They ignored , The kurdish resistance against Isis…women fighter laid there lives on ground against Isis when USA was confused landing boots on ground. They ignored Sheikh hasina ,the prime minister of Bangladesh efforts to de-islamize Bangladesh (and still going on), a thing which many dreaded dictators couldn’t do in the gulf and created many uprisings. They ignored aung sang su kyi’s face off with the tadadmaw (the military ruling elite of Myanmar ). They ignored taslima nasreen ,who voiced many issues …In Bangladesh,India ,and Pakistani situation of women

But white women in cosmetic adds.. Transgender like bruce Jenner , and double timed females like Hillary Clinton and Pan supari endorsing people like Priyanka Chopra are held the poster faces of this aesthetic feminism ….

A friend in Aurangabad had written a long post on the recent bhumata brigade ‘s activities in shani shinganapur…the political feminist talked about discrimination that women face while worshipping…but the other perspective was never taken in consideration… Shinganapur has not a single house which has doors…all the families have faith in the diety since ancient times and hence no one has a door to there house I.e all houses are door-less , This itself stands as an example of high level of security the women who live in shingnapur experience , a place where there are no Eve teasing , no robbery ,no exploitation (please refer scrb-state crime record beureu) , The women there already feel blessed by Shani ,which the west fears as ‘Saturn ‘. And hence any disruption in the parampara of shani devotion will hurt the mind set of women living in shani shingnapur more..than the mind set of pseudo-ranraginis of Pune .

By so called empowering the women with newly dressed section 354,498 etc etc the congress govt gave plentiful of black mailing power to pseudo -ranraginis , but little they know that such laws prevented the private sector from giving huge employment oppurtunities to women and creating real empowerment ..yes sexual harassment is a reality ,but for both sides…even males get played emotionally and physically by “why should boys have all the fun ” kind of PR under the call of ambitions and comptetions..

In the correct sense ,empowerment would have happened if the male to female ration would have reduced , the wage gap between men and women would have sealed as women are underpaid , rapid reduction in Maternal mortality rate , most important is the reduction of child mortality rate which needs to be reduced ,because a mother will go to any extent to save her child and thus ends up getting exploited ,best example is when a mother took a heart breaking decision to sell her elder son so that she could save her 6 year old son from dengue that too in the AAP governed capital of our country.Thankfully the NDA ‘s initiation of Jan dhan yojna and it’s determination to “wipe every year from every eye “using JAM in the economic survey of India 2015 ,and many more schemes listed in the budget 2016 such as improved version of self help groups ,and kisan fasal bima yojna is oriented towards the real development of women.

There is a faction of feminists who cry foul on color discrimination in arranged marriage…but when one party demands that the boy should have 3bhk in Mumbai prime ,a car ,10 lakh/annum and should have no siblings ,should be willing to a start a separate family then what is wrong if the boy puts a demand of a fair girl…in reality both demands are wrong as marriage is not an arrangement to pool resources and opportunities but it is divine commitment of evolving ,enjoying and emmerging as better beings who contributed in the wellfare of universe ,nation and society.

In Mahabharata when draupadi goes through the horrific experience of vastraharan a dharm yudh began in kurukshetra which gave definition to dharma to Hindu faith , but even today in the same lands of kurulshetra the male female ration dwindles , the khaps call the shots and Haryana-punjab the land of great war has not yet learned to respect women .