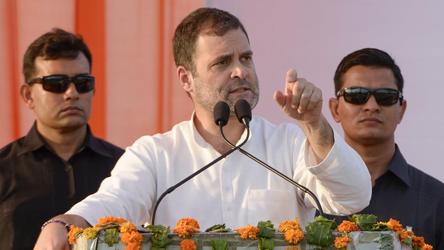 “Justice Joseph of the Supreme Court has opened a huge door into investigation of the RAFALE scam. An investigation must now begin in full earnest. A Joint Parliamentary Committee (JPC) must also be set up to probe this scam,” Gandhi tweeted.

Though he concurred with the ruling of the other two judges in the SC bench, Justice KM Joseph authored his own view saying probe agencies can go ahead and investigate the matter on their own.

The top court had dismissed petitions that sought review of its earlier order in the Rafale case. In December 2018, the SC had dismissed pleas seeking a court-monitored probe of alleged irregularities in the deal with French aircraft maker Dassault Aviation.

The three-judge bench, comprising Chief Justice Ranjan Gogoi, SK Kaul and KM Joseph, said “can’t lose sight” of the fact that they are dealing with contract pending with government for long.

“Prayer made by petitioner was for registration of FIR and CBI enquiry…this is not a fresh examination as they were considered earlier on merit,” the court said.

After Thursday’s court judgment, the Bharatiya Janata Party trained its guns on Rahul Gandhi and the Congress for their campaign against Prime Minister Narendra Modi over the Rafale deal during the run up to the April-May parliamentary polls.

“The BJP has a habit of celebrating without studying judgments. The Supreme Court in the Rafale case today opened the gates for investigation by agencies, as it accepted that the issues of feasibility, technical specifications and price of the jets does not come under its purview,” said Surjewala.