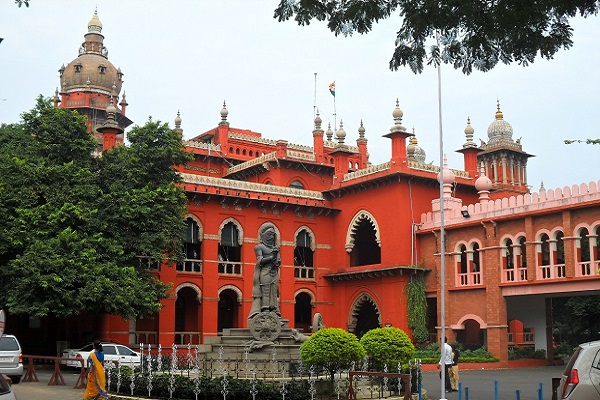 “Sorry sir, you are made to suffer at the hands of our people too, as, unfortunately, this is how the bureaucratic dogmatism with wooden approach works, at times, in this country, for which you fought to get freedom”, said the Bench.

THEMadras High Court has apologised to an 89-year-old freedom fighter, V Gandhi, who waited “patiently” for freedom fighter pension for 37 long years before moving the court. Justice K Ravichandrabaabu extended apologies to Gandhi while directing the Secretary to the Government, Tamil Nadu Public (political pension – III) department and the District Collector to give him his due within two weeks along with arrears “at his door steps”.

The court was exasperated at the fact that the government gave lame excuse of discrepancy in his age which was immaterial when noted freedom fighter Padma Bhushan Col Lakshmi Sahgal had vouched for his claim of having fought in the freedom struggle as part of the Indian National Army.

The court was hearing the petition moved by V Gandhi through advocate M Purushothaman after making an application for pension in 1980 and then waiting for 37 years for a response from the department concerned. Gandhi had joined the Indian National Army floated by Netaji Subhash Chandra Bose and was a part of the Indian Independence League in Rangoon, Burma. He was imprisoned in Rangoon Central Jail from May 1945 to December 1945.

On July 6, 1980, Gandhi made a request for grant of freedom fighters’ pension by the State of Tamil Nadu. He waited for 12 years. As there was no response, he sent a reminder on November 18, 1992, but in vain. The court noted that he had not made the claim without any proof and had supported his request with a certificate issued by one K Kalimuthu, a co-prisoner, certifying that he is a bonafide freedom fighter and that he was also imprisoned on account of his participation in the freedom fight in World War II movement and lodged in the same jail as him.

What caught the court’s attention was another personal knowledge certificate from Col Lakshmi Sahgal dated April 15, 1994. Justice Ravichandrabaabu delved into the legacy of Col Sahgal, who was born in Madras (now Chennai) to a lawyer and social worker couple. She became a doctor but a visit to Singapore where she met Netaji changed the course of her life and she became a colonel in the INA.

Tracing the life of Col Sahgal, the court said, “Such is the short story of the said great personality viz.,Captain Lakshmi Saghal. She has chosen to give the above said Certificate to the petitioner, specifically indicating her personal knowledge about the petitioner’s role in INA and his fight for freedom of this country”.

K Gurumurthy, president of All India Freedom Fighters’ Successors’ Organization, had also sent a communication to the department indicating that his claim was genuine. The bench noted that a counter-affidavit filed “coincidentally” one day before the Independence Day, said the request was not entertained as there was some discrepancy of age in the petitioner’s identity proof.

The court went on to note that, “When the factual aspect of the matter viz., the factum of participation of the petitioner in the freedom struggle, is vouched by a co-prisoner, who issued a certificate, and by the great personality Col. Lakshmi Sahgal, who issued the personal knowledge certificate, there cannot be even a little doubt in the mind of the respondents about the bonafide of the petitioner. Despite the availability of those two overwhelming evidence, it is very unfortunate, that the respondents have chosen to mechanically reject the claim of the petitioner with irrelevant and immaterial reason which only shows that they somehow wanted to wash off their hands and relieve themselves of their liability”.

I can only say to the writ petitioner “Sorry sir, you are made to suffer at the hands of our people too, as, unfortunately, this is how the bureaucratic dogmatism with wooden approach works, at times, in this country, for which you fought to get freedom”.

The bench then went on to order that, “The respondents shall pass orders on the petitioner’s claim for grant of freedom fighters’ pension, by granting such pension from the date of his original petition and serve such order to the petitioner at his door steps, apart from communicating the same to the petitioner through other modes”.