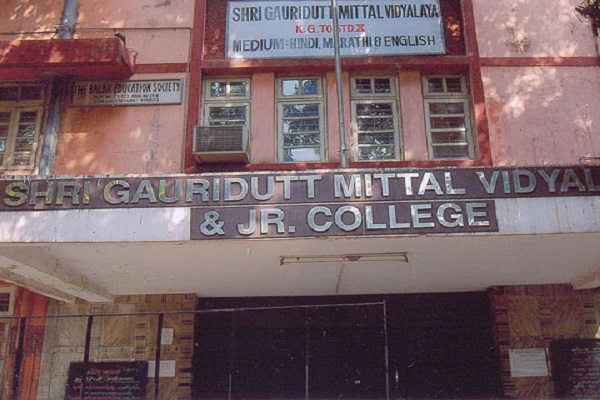 AN assistant teacher of Shri Gauridatt Vidyalaya, Sion, sat on a dharna with family at Azad Maidan, Mumbai demanding action against the school management. The teacher alleges that he is being mentally tortured and insulted by the school administrator, the supervisor, the principal, the deputy principal and the peon, resulting in physical weakness.

Surendra Kumar Mishra, the teacher, on June 2 sent several complaints to the education department and informed about his dharna from July 21. Copies of the complaints are available with ABI (Akela Bureau of Investigation).

A two-time MA, BEd and a former journalist, 44-year-old Mishra is a resident of Titwala in Thane district. He has been working with Shri Gauridatt Vidyalay for 18 years as an assistant teacher. In 2003 he raised his voice over a Brahmin-Thakur controversy allegedly created in school by then principal and now administrator R V Singh. An angry R V Singh and the management started harassing Mishra in several ways. In 2004 Mishra was down with TB, but the management refused to sanction him leave. The management threatened Mishra with suspension if he applied for leave. Mishra informed the local police station and got admitted in Sion hospital. He was in hospital for 17 days and the treatment continued for a year after his discharge. For this, he received memos from the school from time to time.

Mishra alleged that the teaching staff was also forced to harass and insult him. R V Singh allegedly forced a tribal staff member to register a false FIR against Mishra under the Atrocity Act, but which he refused and informed the local police about it.

“If any staff member tries to show sympathy towards me, the management targets him. D S Ingale and R P Singh are examples of this. Surprisingly, if I make complaints in the education department, former principal of another school, Banshidhar High School in Wadala, Ramakant Pandey also comes to my school and threatens and insults me,” said Mishra.

“I am suffering from high blood pressure, mental trauma and TB. As per doctor’s advise I am taking bed rest. I am not able to attend school in this condition. Now enough is enough, I have decided to sit on dharna outside Mantralaya with my family,” said Mishra.

Mishra demanded the appointment of a government administrator in his school to enquire into his matter or rehabilitate him.

“I will continue to sit on dharna until a top education official, Education Minister or Chief Minister come forward to intervene in the matter,” Mishra said.

Despite repeated attempts, Principal Jyoti Krishna was not available for comment. She did not respond to calls. Administrator R V Singh refuted all allegations made by Mishra.

“Mishra is lying. He is making false allegations. I don’t care. I will produce in time that he has arranged false medical certificate. I am only the administrator. The matter should be looked into by owners of Shri Gauridatt Vidyalaya,” said R V Singh.