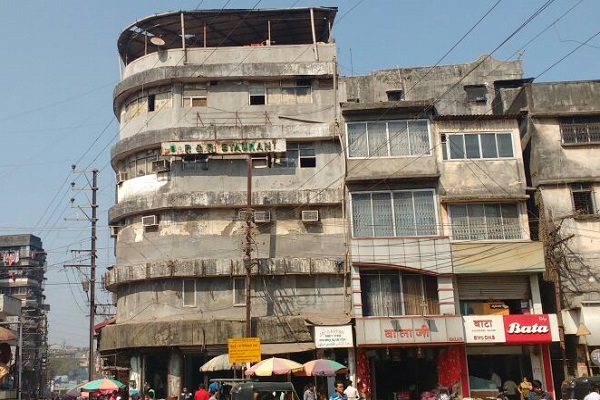 THE Social Service Branch (SSB) of the Thane police on April 14, 2017, raided DURU bar in Ulhasnagar and arrested 75 persons, including 17 women dancers, 37 customers and staff of the bar. The accused were produced in court, where they got bail the same day. Now, an ABI (abinet.org) investigation has revealed the shocking happenings in DURU bar. The bar had set up a control room to avoid police action and seven bar dancers remained hidden for 9 hours in a special cavity that the police failed to unearth.

The notorious Duru Bar and Restaurant, now known as M/s Swati restaurant, is located at Kalani shopping Centre, Nehru Chowk, Ulhasnagar-2, district Thane in Maharashtra. Mahesh Shivram Putharan is the proprietor of Spring Valley Hotel and Restaurant, which runs Duru Bar. The bar’s licences are for running an eating house, public entertainment and orchestra, but the bar functions as a dance establishment.

Last week SSB officials raided the bar and arrested 75 persons, among them two eunuch dancers. Owner Mahesh Puthran was present in the bar but managed to escape from the terrace. A source told ABI (Akela Bureau of Investigation) that the bar had set up a control room and installed eight CCTV cameras in its surrounding lanes. A bar employee would continuously watch the live footage.
There were also three cavities in the bar. The police unearthed only two. The one that the police missed was specially-built and hi-tech, hidden in a wall and could hide seven bar girls. The police arrested 75 persons and the next day at 7.30AM they were taken to the police station. A few policemen were deployed at the bar. The bar was raided around 12am, and around 9AM when the policemen left the bar girls came out. Two bar girls were only semi-conscious by then.

ABI’s previous article on DURU
On January 13, 2017 ABI published an article under the headline “IT HAPPENS ONLY IN ULHASNAGAR: 1510 raids, 2 FIRs and one MRTP action, but DURU bar in Ulhasnagar lives on”.

Bar’s earning per night: Rs 8 lakh
Sources said DURU bar’s per night earning is Rs 8 to 10 lakh with dancing happening to the tunes of vulgar songs and customers showering currency notes of Rs 100 to 500 notes only. Criminals, bookies and businessmen are its customers. There are four gates to enter the bar equipped with 10 security guards.

“I have been complaining since long against the bar, providing full proof. The local police are well aware about the illegal activities but are not taking action. The reason is obvious,” said advocate Deepak Mishra.