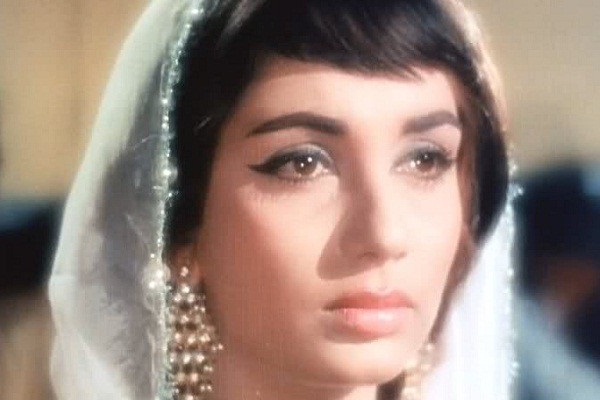 VETERAN actress Sadhna Shivdasani, who was known for her Jhumka Gira Re act and her distinctive haircut, has passed away on Friday at Hinduja Hospital, Mumbai. She was 74. The cremation will take place tomorrow from her residence Sangeeta Bungalow, 1B Ramkrishna Mission Road, Santa Cruz (West).

The actress was previously in news for suffering from a tumour last year. She reportedly had a small lesion in her mouth that was cancerous and underwent a successful surgery for the same. Sadhana had health issues due to her thyroid, which she got treated at a hospital in Boston. After returning from the US, she starred in the successful movies Intaquam (1969), Ek Phool Do Mali (1969), and Geeta Mera Naam (1974), which she also directed.

Sadhana was a part of many evergreen films. She was one of the top actors of the 1960s and 70s. She is remembered for her roles in blockbusters like Love in Simla, Hum Dono, Mera Saaya, Wo Kaun Thi, Waqt, Rajkumar, Intaquam and Arzoo. After that, she retired from acting as she did not want to be cast as a side-actress or do character roles. Later, she and her husband formed a production company. She also directed a movie starring Dimple Kapadia in 1989.

However, it was the Sadhana cut, a hair style first fashioned by her in the early 1960s, that made her name a part of popular Indian culture. Born in a Sindhi family in Karachi, British India on September 2, 1941 Shivdasani was named after her father’s favorite actress-dancer Sadhana Bose. Her father was the brother of actor Hari Shivdasani, father of actress Babita. The family fled from Karachi during the post-Partition riots and settled in Mumbai. Her mother home-schooled her until she was 8 years old after which she studied at Auxilium Convent, Wadala and Jai Hind College.

Sadhana was first approached by a producer when she was 15 years old, who had seen her act in a college play. They cast her in India’s first Sindhi film titled Abaana (1958), where she played the role of Sheila Ramani’s younger sister. She was paid a token amount of 1 rupee.