Home Special Report “Writing gives me more pleasure than SEX with 50 men, even my... 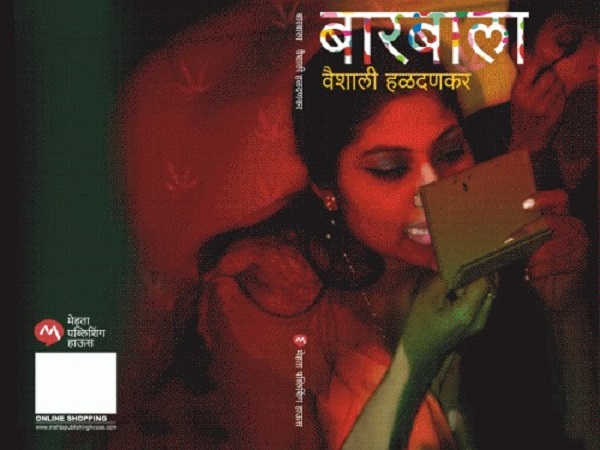 FORMER beer bar performing artist turned writer Vaishali Haldankar has survived gangrape by the police, a rape by her own son, a rape attempt by her own father, besides sexual exploitation by several others.

Yet she managed to remain sane enough to pen her memories in her first book ‘Bar Girl: The Autobiography of a Bar Singer’ which is in the process of being published in English by Zubaan Publications, after being originally published in Marathi also translated into Gujarati.

That’s not all, she has even written a second book which is now doing the rounds of publishers.

“In all these years, I must have ended up having relation with more than 500 men, sex with around 50 men, even my own son but they failed to satisfy me. So far though I never really found any pleasure at all, but writing seems to give me a pleasure like no other,” she told Akela Bureau of Investigation (ABI), talking about her latest book which publishers seem too scared to print.

“Publishers seem to be too scared to touch my second book. Perhaps they simply find it controversial. My book is all about sexuality of both men and women. Sex is a very natural human need which is unnecessarily kept under wraps by the self styled moral guardians and religious leaders of our society who use it to scare gullible masses and then exploit them. I have done my own my own research about human sexuality and that is what my second book is all about,” Vaishali told ABI handing over a manuscript and making enquiries if anybody could help her get it published.

Originally, it was president of the Bar Girls’ Association, Varsha Kale, who convinced her to write about her experiences. Her first book, ‘Bar Girl: The Autobiography of a Bar Singer’ originally written in Marathi, is now available in Hindi and Gujarati. An English version of the autobiography is currently in the process of being brought out by Zubaan Publications and is scheduled to be published by November this year. 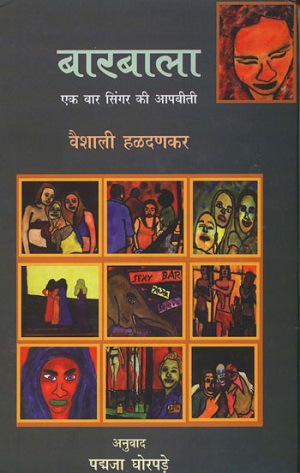 “Initially, Varsha Kale was quite helpful, but later she too exploited me. She is yet to pay me five months’ salary when I worked as an office bearer of the Bar Girls’ Association. She too took advantage of the fact that I am a lone woman without anybody to protect me or fight for me. Perhaps she too realised that since there was nobody to stand up for me or fight on my behalf. In other words, she could see that I am a soft target,” Vaishali said.

“I became pregnant when I was in Class 9. I fell in love with my neighbor Dilip who was a decade older to me and worked as a signboard painter. My father disowned me but my mother stood by me. A temple priest called Bhashkar Mama in the Dadar area where we used to live also sexually exploited me. Later I got married. However, even my real son raped me. Somehow, my sexuality only seems to have got me into trouble. So it was natural that I began thinking about what human sexuality is and why it is projected the way it is. My second book is my attempt to find the answers to these questions though publishers seem to be scandalised after reading it,” Vaishali said.

She said that a lot of work and research had gone into writing her latest book in which she has detailed both the biological and psychological aspects of human sexuality.

“The problem with Indians is that their hunger has not been satiated. Their stomachs are hungry and they are hungry below their stomachs as well. I believe that all the problems in our society stems from these two problems. Sex is also a kind of physical need, just like hunger or thirst. Initially I used to wonder why Indians remain hungry for both food and sex. Now, I think I have the answers. So I decided to write about in my second book,” she said.

Vaishali said that though it was Varsha Kale who asked her to write down her experiences in the bars, it was none other than Varsha herself who became a stumbling block after she finished writing her first book, which has been well received by readers.

“Somewhere down the line, Varsha Kale seems to have realised the fact that she too could have written a book like the one I wrote, describing the lives of artistes who performed in bars. So she began torturing me mentally when I was called for a panel discussion on IBN-Lokmat TV news channel which also featured Bollywood personality Mahesh Bhatt, that I was in no position to speak before the live camera and everybody else present in that TV news studio,” she said.

Vaishali made it clear that no matter who would publish her second book, she would insist on participating actively in editing it as well, since she is keen that her message gets across to readers without being distorted in any manner.

“I would like to be personally involved in the editing process of my second book since I am very keen that my message should get across to readers without any distortions,” she said.

She said that readers of her second book would benefit by learning about a few realities of life as well as how to enjoy their lives productively.

“As as things stand right now, Mehta Publishers who are based in Pune, has rejected by second book. There are two reasons behind why the publisher chose to reject my book. Firstly, they had issues with the kind of language used. Secondly, they were negatively influenced by Varsha Kale. I must also thank the late home minister of Maharashtra for such a wonderful favour,” Vaishali said without bothering to hide her sarcasm.

“I will also be the last person to be surprised if I get to know some day that Varsha Kale probably worked as some kind of informer to R R Patil. However, come what may, I am determined to get my second book published,” she said.

She expressed utter contempt for middle class housewives and hypocrite moral police types who she said, would like to ensure that the city had no night life.

“These middle class women have converted marriage itself into a sort of prostitution. So, they must be the last people to condemn night life. They need to introspect why their husbands ended up going to beer bars to watch women dance in the first place,” Vaishali said.

She said that if Mumbai’s night life is revived, it would actually make the streets a more safer at night that it is right now.

“If there is a night life, there would be many more people out on the streets, including women. That itself would ensure that streets would become much safer for women. The present government might be interested in reviving Mumbai’s night life purely for the revenue it could fetch, but the fact remains that this would also make the streets a more safer for women, that it is right now,” she said.

Vaishali insisted that no real yearning for women’s liberation could be expected from urban educated Indian women because they have not only converted marriage into some sort of a prostitution racket but also see all other forms of free interaction between men and women as threats to their legalised prostitution racket which they run under the name of marriage.

However, she is happy with the overwhelmingly positive response she received for her first book ‘Bar Girl: The Autobiography of a Bar Singer’ which was originally written in Marathi and was also translated into Hindi as well as Gujarati.

“The feedback was really amazing. Several serving police inspectors who read my book appreciated it and called me up to say that I had done a wonderful job. Dr. Shashikant Sonawane of the University Grants Commission had come to Mumbai to meet me from Aurangabad recently. Several women also gave me a lot of positive feedback. The Andheri based Bhavan’s College has even included my book in its syllabus. If everything goes well, Zubaan Publications will also come out with an English translation of my book, probably by November this year (2015),” Vaishali said, adding that she finds writing a pleasurable experience like no other and intends to keep on writing.

Bhaiya man gaye
.. This is the story

Sirji… only one word for u…
Excellent