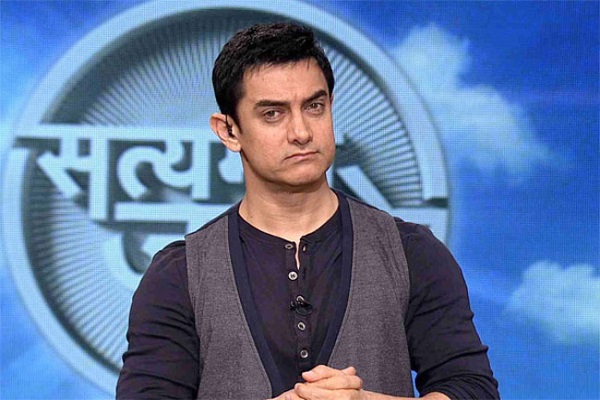 BOLLYWOOD actor Aamir Khan, who is referred to as Mr Perfectionist, may not be all that perfect a person in real life. The 51-year-old actor, filmmaker and “philanthropist” telecast Satyamev Jayate talk show without any requisite permission.

Remember, ‘Satyamev Jayate’, a talk show hosted by Aamir Khan, was telecast on Star TV in 2012 and 2014. Aamir Khan’s wife Kiran Rao was executive producer of the show. Khan interacts with citizens of India and discusses the various sensitive topics and social evils. From corruption to female infanticide, the show aims to highlight various issues and find solutions.

A Mumbai-based noted RTI activist Manoranjan Roy has filed a PIL in Bombay High Court claiming the words ‘Satyamev Jayate’ form part of the Emblem of India and hence their use is violative under the State Emblem of India (Prohibition and Improper Use) Act and State Emblem of India (Regulation of Use) Rules. Responding to the PIL, the division bench of Justices A S Oka and G S Kulkarni directed Aamir Khan and Star TV to file their affidavits. Aamir Khan and Doordarshan have filed their affidavit respectively. The court also directed Additional Solicitor General Anil Singh to appear with regard to the petition on June 21, 2016.

Now a new problem has been raised for Aamir Khan. The petitioner Manoranjan Roy came to know from various sources that Aamir Khan aired the whole programme illegally. He has not obtained any requisite permission from concerned authorities.

“I am filing rejoinder against Aamir Khan, Star TV and also Doordarshan in the matter,” said Manoranjan Roy.