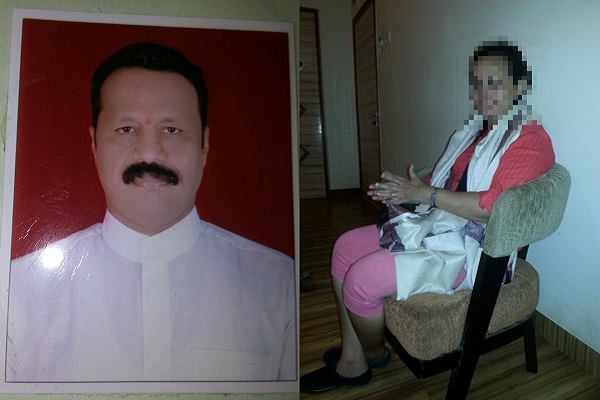 ABI FOLLOWUP: IN a sensational update in Ulhasnagar Dolphin Club restaurant rape case, a Politician was also in queue waiting to rape the victim. After rape hotelier Sadanand Shetty phoned a Politician and asked to reach immediate at hotel stating “Mast Maal Hai.”

According to hotel sources politician is the councilor in Ulhasnagar Municipal Corporation (UMC). He has also contested assembly election from Ambernath constituency. Not enough, a Senior Police Inspector and a top businessman are also very much close to Shetty. Senior Inspector was earlier attached to Badlapur Police Station and is now posted in the Raigarh district. Businessman identified as a top showroom owner. He was imprisoned for killing his wife. They are close aides to Hotel owner Sadanand Shetty. Often they are spotted in the hotel. They visit the hotel for enjoyment purpose.

On January 30, 2014 Central Police in Ulhasnagar-3 registered FIR (copy available with ABI) under section 376 (rape) of IPC against hotel owner Sadanad Shetty. However Shetty (45) is on the run.

According to victim (name held with ABI to protect identity) she submitted her biodata for a receptionist job a few days back. Shetty was not present then in the hotel. On the second day Shetty called and told her that his hotel is a three star hotel. He would pay Rs. 6,000 salary. Victim refused stating she wants minimum Rs. 15,000. Shetty immediately agreed and asked her to come at the hotel for an interview. On January 30 at around 3 pm victim reached hotel Dolphin Club and restaurant with lodging facilities located at C-Block Road, Ulhasnagar-3.

“I refused to work as I saw the hotel’s condition. It was not three star, it was a like B-grade (Chaddar-Badli) hotel,” said Victim.

Shetty called her to room number 602 of the hotel. There he told that upper floor of hotel is only for VIPs. All come here to enjoy only. While victim was taking lunch Shetty started molesting her. Victim opposed but Shetty overpowered her. He said “Christians girls toh bahut open mind ki hoti hain”. However, Shetty raped her. After raping the victim Shetty called a politician stating, “Come soon to the hotel, Mast Maal Hai.”

42-year-old victim started weeping and in an attempt to flee she found out that the room was locked from outside. When the victim started crying Shetty called auto-rickshaw (MH 05-BG-4130) and ordered to drop her at Kalyan.

Hiring another auto-rickshaw victim rushed to the Central police station to lodge a case. The police initially advised her not to register a case against Shetty.

Central Police is worse than rapist

“I cannot say (share) in which language police officers were abusing me. They again “raped” my emotions, my pains,” said victim.

Police was so shameless. Police forced her to remove (changed) clothes infront of more than 10 staff including gents. There are several nail’s scratches on her body but police did not mentioned it in the FIR.

However, after ABI circulated messages on WhatsApp of police negligence, the police registered FIR at around 10pm and noted FIR 8.30pm. Before that police recorded her statement three times.

Victim also claimed that the police and few friends of Shetty had tried to settle the matter by bribing her. The above claimed Politician reached the police station too and tried to convince her offering Rs. 20-25-30 lakh bribe for settling the dispute.