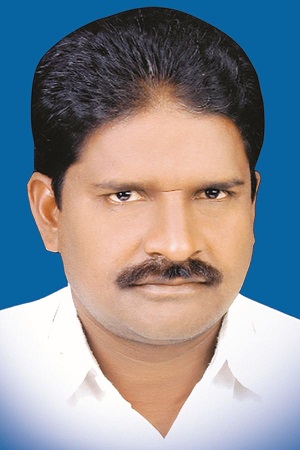 ABI IMPACT: After ABI (Akela Bureau of Investigation) exposed on Tadipaar Congress leader, the Ambernath police arrested him on Wednesday.

The special squad of Assistant Commissioner of Police (ACP) B M Bakare arrested Surendra Nagu Yadav from his residence while he was trying to hide there.

On June 12, 2015 ABI (abinet.org) has published an article under headline, Tadipaar Congress leader openly holds election meetings and rallies, freely visits police station that externed him, and wins Ambernath civic pol. As per news Surendra Yadav despite being as Tadipaar (extern) he openly flouting the law and held meetings, rallies, run a full-fledged poll campaign, visited the police station and finally even win the municipal election! Though the Ambernath police had themselves served the man in question the tadipaar (externment) notice, they dare not, or are unable to, arrest him.