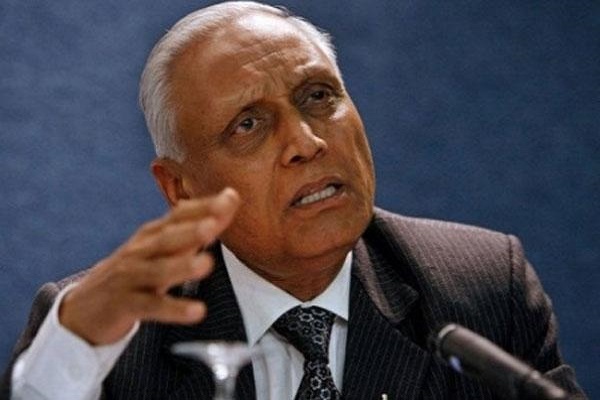 FORMER Indian Air Force (IAF) chief SP Tyagi was questioned by the Central Bureau of Investigation (CBI) on May 2 in connection with the probe it is conducting into the alleged corruption in the Rs 3,600-crore AgustaWestland case. Retired Air Marshal Tyagi is accused by investigators in Italy and India of helping AgustaWestland win the Rs. 3,600 crore chopper contracts by tailoring specifications.

According to media reports, in January 2005, months after the government announced that Air Marshal Tyagi was next in line for chief, Agusta middlemen Guido Haschke and Carlo Gerosa met him. Air Marshal Tyagi allegedly met the middlemen again the very next month at an air show in Bengaluru, where Agusta had put up a stall.

In 2006, well after he became air chief, Air Marshal Tyagi allegedly met the two middlemen at his cousin’s office and home in Delhi.

Three more meetings allegedly took place. CBI sources allege that in one of those meetings held on March 7, 2005, Air Marshal Tyagi as air chief changed the specifications for the choppers.

The chopper deal controversy resurfaced after an Italian court judgement last month referred to Congress president Sonia Gandhi and former Prime Minister Manmohan Singh – among others – though gave no evidence of wrongdoing by them.

The Italian court, however, accuses the former air chief of corruption at the instance of his cousins, the Tyagi brothers. The Tyagi cousins will also be summoned by the CBI for questioning.

The CBI also alleges that the Tyagi brothers, Sanjeev, Rajeev and Sandeep were long-time associates of Guido Haschke and Carlo Gerosa.

Sources say investigations have revealed that it was in 2004 that the Tyagis entered into a consultancy deal with Haschke and Gerosa’s company registered in Tunisia. At that time, investigations suggest, the cousins were certain that SP Tyagi would be the next air force chief and thus in a position to influence the deal.