Home Entertainment Jon Snow is alive: ‘sorry for lying to everyone’ 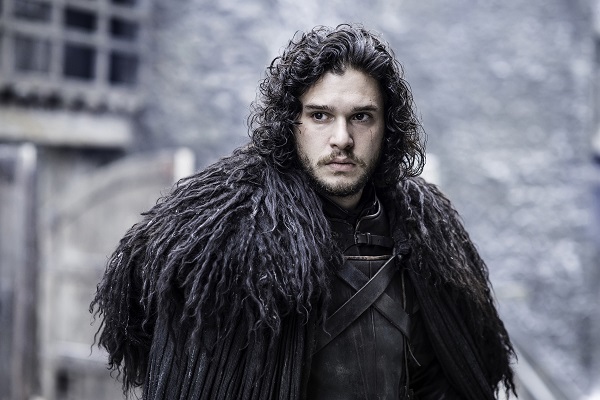 KIT Harington has done a sensational job lying to the press the past 11 months.

Sorry for lying to everyone,
Kit Harington has a message to Game of Thrones fans hell-bent on blaming the victim. “Sorry!” the actor tells a news website response to Sunday’s episode, which concluded with Jon Snow’s resurrection. “I’d like to say sorry for lying to everyone.
“I’m glad that people were upset that he died,” he adds. “I think my biggest fear was that people were not going to care. Or it would just be, ‘Fine, Jon Snow’s dead.’ But it seems like people had a, similar to the Red Wedding episode, kind of grief about it. Which means something I’m doing — or the show is doing — is right.”

How it went down
It might sound like I’m being reductive, but this is literally what happened (though obviously I’m paraphrasing): Ser Davos went to see Melisandre and was like: ‘Can you make him not dead please?’ She was all: ‘Nah, I don’t reckon, but I’ll give it a shot.’

Swift cut to her being by Jon’s deathbed, a couple of spell utterances and a hair trim later – along with a cut to his dire wolf Ghost springing up (more on that later) – and Jon opens his eyes and gasps for breath. For one of the most-debated cliffhangers in TV history, it was remedied pretty damn perfunctorily. Seriously, why did Melisandre spend the last episode staring at her breasts in the mirror when she could have been saving the Lord Commander of the Night’s Watch? Priorities.

What now for Jon?
He’s got a lot to catch up on and may need his very own season 5 recap, but the main things on his mind will be: ensuring his sister Sansa is safe when Brienne delivers her to Castle Black, and taking on the pursuing Ramsay and his army (perhaps with a band of wildlings who declare their allegiance to the good name of Stark?). Oh, and there’s the small matter of about a billion White Walkers looming who can only be killed with swords that tragically are completely out of stock.

There’s also his heritage to look into. Way back in season 1, Ned told him: “The next time we see each other, we’ll talk about your mother, I promise.” Given that Ned was a good guy and didn’t seem the type to cheat on Catelyn, a lot of people think Jon’s mother will turn out to be a lot more than a bit part like ‘Tavern Wench 1′. Specifically, there’s the L+R=J theory which would see his family history intertwine with Daenerys’, and what a fearsome duo those two would be.

What else happened in the episode?
Three major developments really: 1) Hodor said something that wasn’t Hodor! 2) Ramsay stabbed his father to death and fed his newborn baby brother to the dogs. Classic Ramsay. 3) Balon Grey joy died, as prophesised, at the hands of Euron on a rope bridge in the Iron Islands.

What will happen next week?
The third episode of season 6 is cunningly-titled Oathbreaker. Most assumed this was to do with Brienne and her ‘Oathkeeper’ sword, but in light of tonight’s events it probably refers to Jon.
He swore a life-long oath to the Night’s Watch, but may have to break it to go fight the Boltons/White Walkers. Presumably it won’t be that tough a decision, as this is more important business than making penis jokes at The Wall and p*ssing in the snow. (Agency).