Home Legal Baby dies while 500 shanties were demolished In Delhi 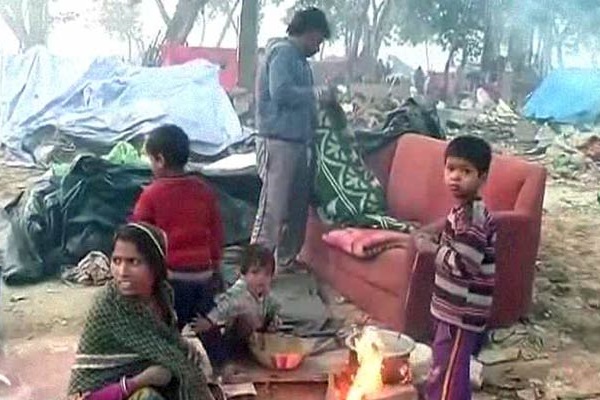 DELHI Chief Minister Arvind Kejriwal on Sunday suspended District Magistrate of Shakur Basti area in West Delhi following the reports about death of a minor child during an anti-encroachment drive by Railways. Slum residents created uproar after a child was found dead. They alleged that then child had died in the anti-encroachment drive.

Exposing hundreds of people to bitter cold, around 500 shanties in a slum area of west Delhi were demolished on Saturday by the Railway police during an anti-encroachment drive. When family members were arranging clothes, a heap of garments fell over the child, which they did not notice. The child could not remove the pile and got smothered under it.

Kejriwal visited the site, in Delhi, late last night and ordered the suspension of two Sub- Divisional Magistrates and one senior official for “failing to arrange” food and shelter for those who were evicted. According to the dwellers of Shakur Basti, the girl died when a piece of furniture fell over her during the demolition, which was allegedly carried out without any prior notice or warning.

Denying the charges, the Railways in a statement said that the residents were issued a number of notices to vacate the land where a new passenger terminal was proposed to be built. The girl, the statement said, died before the demolition drive began. Railways removed yesterday about 1,200 slum dwellings and about 15 shops at Shakur Basti station after giving third notice to vacate before December 12, 2015.