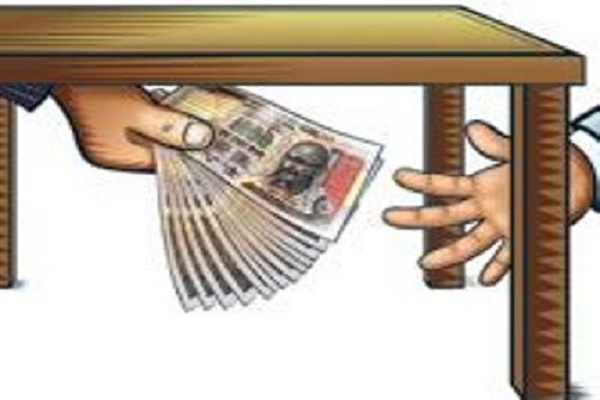 INVESTIGATIONS have revealed shocking details of a builder purchased 18 acres of land worth Rs 500 crore for only 15 crore. The builder is trying to develop the land, and the Titwala police and the Kalyan tehsildar are suspected of being hand-in-glove with him.

The builder is none other than Poddar builder owned by Rohitashwa Poddar and the land is at Mharal Gaon, Kalyan in Thane district. Vishal Mathura Gupta, who resides on the land, has complained to several authorities against the land dealing, the Titwala police and tehsildar of Kalyan Kiran Suravase included. The complaint copies are available with ABI.

According to the complaint, Nihal H Doshi, the owner of Rawal sugar factory, purchased said land in 1943. After three years, in 1946, Doshi gave said land on lease to Ganesh Baugh Estate Trust owned by Dattatray Deshpande and Deshpande gave it to Radha Damodar Trust on lease for 30 years. But Radha Damodar Trust gave the land to several persons on minimum rent for 90 years. Now there is an ice factory, chemical factories, gas godown, tabelas, houses and private offices on the land. Vishal Mathura Gupta is among those residing on the land since 1992.

In between the land’s price got very high and Doshi demanded back his land from Dattatray Deshpande, but due to technical reasons it did not happen. Fed up, Doshi filed a civil suit (Case No 88/ 2005) in Kalyan court in 2005 demanding ownership possession. Matter is still pending.

The issue took a new turn in 2014. More than five dozen persons entered the premises. When someone asked their identity they replied they were men of underworld don Chhota Rajan and wanted the measurement of the land. In December 2015 more than 200 persons again appeared there with heavy police security and put ups board of M/S Poddar Developers. They also demolished the compound wall of Vishal Gupta. Poddar builder also deployed a dozen policemen on land for security, illegally.

Vishal Gupta made several complaints against Poddar’s activities but failed to get justice.

One more turn took place in the matter. Kalyan tehsildar Kiran Suravase suddenly published an advertisement in newspapers asking ownership claimer of land. Advertisement said that if anyone failed to appear tehsildar would pass ex parte order. Three residents, Vijay Manda, Omprakash Khandare and Praveen, rushed to the tehsildar. They produced all related documents but Suravase refused to listen to their claims. Suravase told them that he had already dismissed their claims and was going to pass ex parte order in favour of Poddar builder.

Noted lawyer Chandrakant Badgujar has complained against Suravase to several authorities alleging that he is misusing his power due to heavy bribe paid by Poddar builder.

Points to be noted:

1- The lease deed between Ganesh Baugh Estate Trust and Radha Damodar Trust expired in 1976 but both the parties did not renew it.
2- Radha Damodar Trust has not applied for lease deed extension.
3- Due to controversy between Ganesh Baugh Estate Trust and Radha Damodar Trust residents and encroacher stopped paying rent.
4- Civil suit filed by Doshi still pending before Kalyan court.
5- Civil suit filed by Dattatray Deshpande in Kalyan court demanding ownership of land is still pending.
6- Dattatray Deshpande has his name on 7/12 extract. Poddar builder trying to remove his name.
7- The land falls under industrial zone but Poddar builder trying to convert it to residential zone.
8- There is no name of “Kool” on documents but Poddar builder trying to remove their name from documents as Kool. But only civil court has rights to remove Kool name. Poddar trying to show “other rights” as Kool.