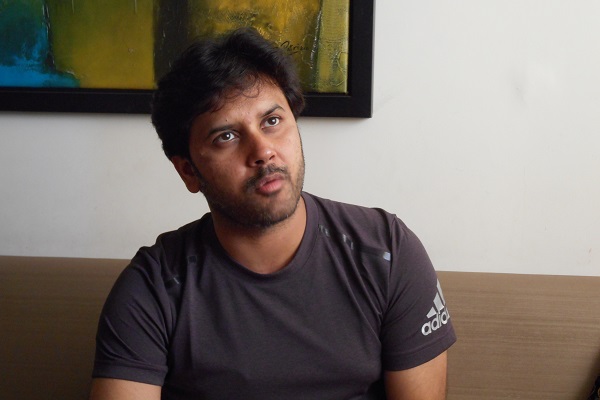 “I live with Music”. A singer, performer and a skilful artist with a chameleon like versatile voice that leaves an unique mark on every song he sings. A calm and simple person with panache of a rock star that comes alive when he steps on stage. In his 17 year’s of soulful singing Javed Ali has to his credit Bollywood classic’s like Ek din teri raahon mein, Jashn-E-Bahaara, and Guzarish among many others that have both entertained and charmed the audiences.

However, this success story had a very humble beginning. Born and brought up in Delhi, Javed Ali learned music from his father.“My father Ustad Hamid Hussain used to sing kirtans, a form of prayer to praise god. He taught me a gamut of musical sensibilities with the minutest details. I used to sit for Riyaz with him, singing to the tunes of a tanpura. He would compose and I would perform it in front of people. Music came first in my family” he reveals. His training later continued under Ustad Ghulam Ali who taught him the art of singing Ghazal’s, as a tribute and respect to his guru Javed adopted his guru’s surname ‘Ali’.

After all the years of training Javed Ali was still keen to learn more, he knew he had the gift of winning hearts. In 1999 he came to Mumbai with the dream of becoming a ghazal singer like his guru. But fate had other plans and he met Late Kalyanji bhai and started working for him. His magical voice did not take much time to impress the composers and he started getting offer’s for playback singing. “I have grown up singing but I never imagined that I would be a playback singer. As a child I never sung Bollywood songs, I had no industry connections”, he admits.

He further divulges saying, “Playback singing requires the voice to have a character of its own. When I go to the studio I go prepared. I understand the song and the situation which helps me mould myself to the song. I recollect the musical nuances I learned including the harkatein and kaarigari which I then incorporate while singing the song”. Today Javed Ali can truly boast of the fact that he has worked for every famous music composer, lending his voice and bringing their compositions to life. Javed Ali can not only sing songs from different genre’s but he can also sing in 7 different languages including Odia, Telegu, Kannada and Bengali among others. “It is a challenge to sing in multiple languages, understanding the context of the song is key, as to the pronunciation I train with language experts to get all the words right”, he states.

The industry craves for change and keeping abreast is the need of the hour. “The styles have grown; audiences demand their choices. The need earlier was to have trained singers but now vocals with textures are in demand since the rest is taken care by technology. There is no substitute for talent but the competition is intense”, he confesses.

Known to take risks and challenges in the industry Javed Ali has managed to overcome obstacles through his hard work. He declares, “I don’t differentiate with work nor do I shy away from attempting different styles that come my way, I have never said no to background singing, dubbing or jingles. Nevertheless, it is important to be aware of your competition. Listening, observing, and learning from them is imperative”.

“Never fear from taking risks. Currently I’m working on my independent album. I believe independent music gives you the space and opportunity to explore your own creativity without any limitations. For me, music is my life. I can’t survive without music for me there is no life without music. Honesty in your music can take you places”, saying this he signs off.