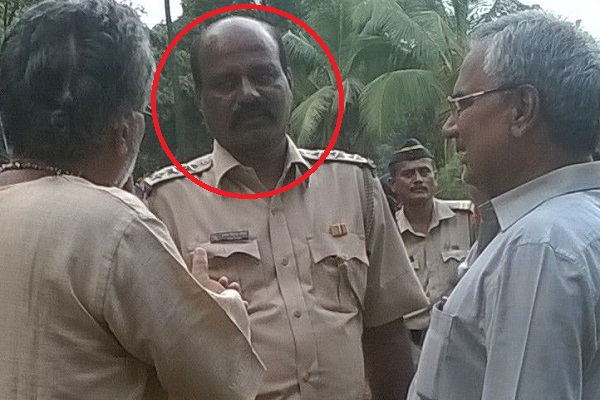 THE residents of Birla Colony in Kanjurmarg have demanded that the investigating officer (IO) in a case be changed as he is himself accused of molestation. The residents say the IO, Prakash Chaugule, is also doing a shoddy job in order to help a builder, Runwal, in the case.

On January 15, residents wrote a letter (copy with ABI) to Commissioner of Police Ahmed Javed and Senior Inspector of Police at Parksite police station in Vikhroli (West) Rajendra Kulkarni demanding Chaugule be taken off their case. “Yes we have written a letter to authorities demanding change of investigation officer. Chaugule is already an accused in molestation matter and how he can investigate matter against victim?” said the victim.

The complainant lives in the Indian Smelting & Refining Company Ltd Colony, Kanjurmarg (West), which was earlier owned by the Birla Group. Runwal purchased the company a few years ago and wanted to remove the families from the colony.

Some months ago, Runwal’s goondas and Parksite policemen thrashed women and senior citizens. They tore their cloths. The entire scene was as if it were from Uttar Pradesh or Bihar. As if all this were not enough, the police registered an FIR against the injured colony residents and arrested them. The shameless police arrested 21 persons, including two minor girls (student of class X and VIII) and eight women.

Senior inspector Rajendra Kulkarni himself beat up a minor girl and a woman who got a fracture on her shoulder and had to be hospitalized. Chaugule has been appointed the Investigation Officer in the case. Chaugule has been conducting a shoddy investigation and helping the builder Runwal. He is taking revenge from the residents. He is harassing residents in all ways.

Sources said now Chaugule have planned to arrest minors, students and innocent boys/girls to pressurizing on parents to settle the matter with Runwal builders. Sources also revealed that Subodh Runwal submitted a list to Chaugule through Rajesh Pujari naming whom-whom boys will be arrested. Chaugule who look-a-like “Chor” by face acting/ dancing only on instruction given by Runwal builder.

“Chaugule is harassing us using several methods. He is working for builder Runwal. This is not acceptable. We want change,” said a woman who did not wish to be named fearing harassment from Chaugule.

On September 18, 2015, the woman filed a written complaint (copy with ABI) with Commissioner of Police against Chaugule. Prakash Chaugule is accused of molesting a woman who was involved in a protest against cheater builder Subhash Runwal’s illegalities and goondagardi. Chaugule is accused of having thrashed the woman, pushed her on her breast and abused her, while mockingly suggesting to her to go to the infamous red light area of Kamathipura in Mumbai to make some fast money as Subhash Runwal was not able to give her anything.

Kamathipura is Mumbai’s oldest and Asia’s second largest red-light district. Initially known as Lal Bazaar, it got its name from the Kamathis (workers) of Telangana state, who were labourers on construction sites. It was bounded by Bellasis Road on the north, by Grant Road on the south and the main road across, Falkland Road in South Mumbai. A busy road in Kamathipura was known as Safed Gully (White Lane) owing to the European prostitutes housed here during the British Raj. The lane is now known as Cursetji Shuklaji Street. The most well-known brothel in the area, Pila House, is the hybridisation of its original word: Playhouse. When the British left India, the Indian sex workers took over. In recent decades, large numbers of Nepalese women and girls have also been trafficked into the district as sex workers. Over the years under Indian government rule, the sex industry in Kamathipura continued to flourish, and trafficking brought women from different parts of the country here. Eventually it became Asia’s largest sex district. In 1992, Bombay Municipal Corporation (BMC) recorded there were 50,000 sex workers here which was reduced to 1,600 in 2009, with many sex worker migrating to other areas in Maharashtra and real estate developer taking over the high-priced real estate.