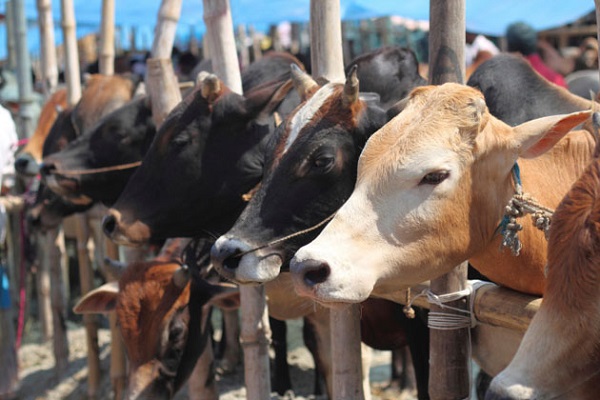 AN alleged cow smuggler was shot dead by Haryana police in an encounter in Haryana. The cow smugglers were transporting cows in a pick-up jeep. Remember, Haryana government has recently passed a bill which mentions that, if any person found in export of cow for slaughtering purpose would be sentenced to imprisonment for up to seven years or will have to pay a fine of up to 70,000 rupees or both. Haryana consists of three lakh cows in 400 gaushalas, 1.5 lakh stray cows and 18 lakh cows which are being nurtured by people at homes.

According to media reports, incident took place on early on Sunday in Thanesar area of the Kurushetra district. After receiving information villagers and police tried to stop them. Instead of surrendering smugglers hit a police control room vehicle and fired on a police team. In returned firing one smuggler was killed while another was seriously injured in the shootout.

On March 16, 2015, the Haryana Assembly passed the Gauvansh Sanrakshan and Gausamvardhan Bill, 2015. According to the Bill, which has passed in two amendments, the sale of beef has been completely banned in the state. The legislation has set an imprisonment for not less than three years and the same may range up to 10 years, if anyone found slaughtering of cows or selling beef, along with a fine of up to one lakh rupees. It also includes an additional imprisonment of up to one year, if fine is not paid.
However, the killing of a cow in an accident or self-defense will not be considered as slaughter under the Act.

The government will also establish laboratories for differentiation of beef from that of the meat of other species of animals, and testing and identification of various constituents of milk.