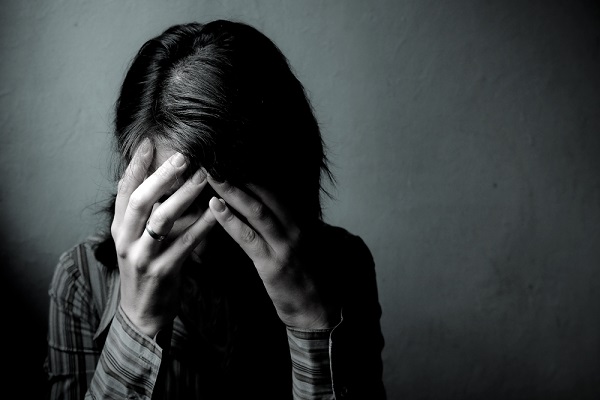 Recently “world mental illness day” was celebrated with vigour all over the world , mental health activists were standing and talking about mental illness with videos playing in the background at many places in India. Everything looks good and the narrative of “mental health awareness ” sounds holy from a distance. But we forget something , we all worry , we all talk to ourselves and in our secret selves we do weird things to ventilate our emotions and frustrations ,and if this phenomenon of the “secret me ” is made to see as something “pathological ” or something “wrong ” won’t it make everyone to believe that we all suffer from this illness in some quantity??

I personally feel that the mental health awareness is a intelligent game of promoting anti-anxiolytics and anti-depressents in The worlds third largest economy in the purchasing power parity terms (India ) . This intelligent marketing is targeting 68% of the population of India which is between the age group of 20-35. India is having a culture of competitive jobs , competitive educations and competitive exams since 1921 which was a period where India went through a lawyer wave, everyone wanted to be a lawyer in British India as there were lots of litigations and legal conflicts ,but this also had resulted increased competitions between lawyers as the supply soon became more than demand.

After India framed its constitution in the 50’s India was still having more than 80 percent of the population in the agricultural sector , and there stress was usually managed by folk tales and spiritual beliefs..

But India arrived on the global platform in 1991 when economic and trade policies went through revolutionary changes ,we in India called it LPG (liberalization ,privatisation and globalisation ) ,these were some changes India had to make after the fall of Berlin Wall . When the Berlin Wall fell it took down India ‘s aggressive protectionism and Import substitution , and then game the age where India wanted engineers and other technical skilled forces..

But economic growth has brought the same British era related job conservatism. In today’s India we have replaced Lawyers with doctors and engineers , Though doctors find a way to cross the river indus and receive a red carpet in the west but they still struggle there as they too find there lives in confusion and we have the best engineers who unfortunately have lesser and lesser avenues as inspite of being the IT capital of the world we don’t have enough jobs for engineers . Same goes for the youth who belongs to the other India which is known as bharat to those who live in westernised corners of the country in Mumbai,pune , banglore , Kolkata,Delhi . The youth of bharat is struggling since the first planning year by the planning commission..he had no job as industries don’t want to come to in places like Bihar and uttar pradesh , and the unavailability of electricity is stopping him from releasing his entrepreneurial Energies and the conclusion is poverty, Frustration and depression. The tale of these 2 youths has given birth to many stories , sometimes in crime and some times in suicides. Sometimes it finds solace in utopian philosophies of the left wing extremism and so on…not to forget the same level of frustration among many wel educated youngsters in Tunisia, france and Belgium (Especially molanbeek ) attracted them to terrorism and fundamental ideologue too..

The youth in India is impatient because it is highly ambitious and well educated , such high ambitions and exposure to the lives of successful peers through the explosive medium of social media brings a shadow of frustration on them.

And in this state of mind if someone asks them to see things and doubt there own behavior will only drive them to mental weakness.

America has gone through this wave ,where children were rampantly diagnosed with ADHD with standards and parameters that I and many others don’t agree with, and later small children were bombarded with these lethargy causing sedatives with fancy scientific names.

There is a lobby which sees India as a powerful market to sell these things, so they have 2 options to make people believe they are depressed ! Make them go to the psychiatrist and get convinced that yes there is a problem (no grass cutter has ever said that the grass need not be cut -Hindi saying ) , or let them believe it themselves through such awareness campaign. And yes the information boom is always there to serve them more wrong ideas.

India according to some pharma capitalists is a market of 500 million youth who are struggling with high ambitions and competitive stress , and this makes it channel for high sales..

Why I call it goose !! India will have young demographics till 2036. And 8/10 individuals don’t quit anti-depressants, the cycle continues..

We have built cities to accommodate this competitive madness ,may it be kota which has become a mecca for the AIMS /medical aspirants and IIT aspirants or may it be Delhi’s Rajendra nagar which is the ram mandir for upsc aspirant (Indian coveted civil services ) and not to forget the golden lanes of Mumbai ,where thousands s of youngsters arrive to make it big in the Bollywood. Then at all the levels of society teenagers face rejection , disappointment in love and isolation at some point of time, and instead of seeing humans in development a few people choose to see them as potential customers .

Instead of bringing the anti-depressant pop culture to India , why can’t the ngo’s revive the vedantic philosophies of spiritual well being vs material well being, why can’t they promote meditational therapies instead , why can’t yoga and pranyaam be advised for mental strength ? Why was it not included with the the entire promotional process ?? India has the blessing of all the world religions and thus the potency of Indian philosophy to calm nerves and soothe mind is bigger and better than any ssri /anxiilytic and what not…

Depression is a myth ,which becomes a reality only when one is made to believe that everything is wrong ,or when one gets unconsciously addicted to assurances by close friends…Depression can only be cured by convincing a person that slowing down is OK…Falling is OK …but stopping life around an event is not , and when one gets convinced he /she will rise . *together we shall cure *