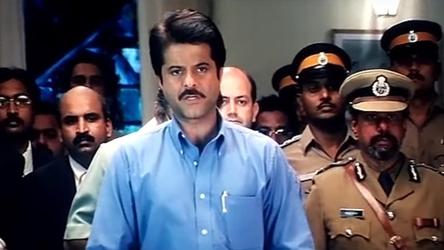 ACTOR Anil Kapoor had the perfect response when a Twitter user suggested he should be made the chief minister of Maharashtra. The user seemed quite pleased with Anil’s performance as the CM in hit 2001 film, Nayak.

Anil replied, “Main nayak hi theek hu (I am better off as an actor).” His reply got his fans rolling with laughter. “First he will reject ,then he will take the oath,” wrote one, recalling the film’s story. “No one is more intelligent than you to take the CM’s seat,” wrote another.

Nayak, which also starred Rani Mukerji and Amrish Puri, was directed by S. Shankar. Anil played a television journalist who is challenged by the sitting chief minister to take office for a day. He does and excels at it, later becoming the elected chief minister of the state.