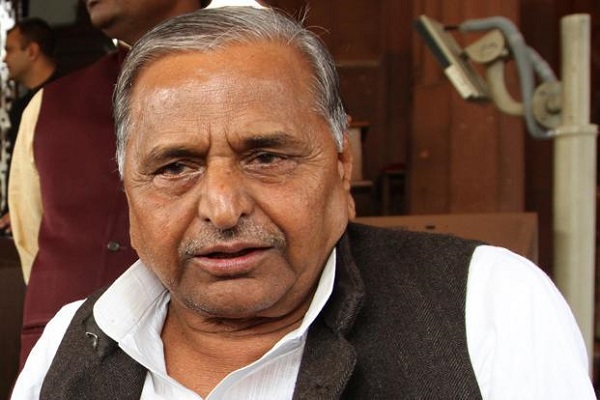 Producing an audio clip Amitabh Thakur claimed that Mulayam Singh Yadav has threatened him with serious consequences if he does not mend his ways.
Amitabh Thakur was serving as Inspector General (IG) Civil Defence and now has been attached with the Director General of Police (DGP) office. On July 13, the Uttar Pradesh government had suspended Thakur after he approached the Union Home Ministry seeking a CBI probe into the rape case slapped against him. The government also served a 200-page charge sheet and a vigilance inquiry was initiated against him.

Remember, Amitabh Thakur had approached the CJM court after enquiry on July 17, Inspector of Hazratganj police station Vijay Mal Singh Yadav rejected Thakur’s application stating that the complaint was inquired into and it was found that the allegations have not been substantiated.

Later, Amitabh Thakur had sent an application to SSP Lucknow Rajesh Pandey on July 22 claiming Mulayam’s statements were “definitely criminal intimidation”, which is a cognizable offence and hence he had sought registering of FIR.

According to media reports, the court observed that after going through facts provided by Amitabh Thakur, it appeared to be a case under 506 IPC (punishment for criminal intimidation) which empowers a magistrate to direct police to file an FIR.